Provocative British artist, Damien Hirst’s sale of pieces has smashed the record of US $20 million for an auction of works by a single artist, previously set by Pablo Picasso in 1993 for 88 works. Hirst, who is known as one of the most successful of the young British artists, is renowned for representing death and decay, such as pickled animals, rotting cows’ heads, and diamond-encrusted skulls. A Tiger shark preserved in formaldehyde named “The kingdom” sold for $17 million, and “The Golden Calf” an embalmed calf with golden hooves and horns fetched the US $18.5 million. 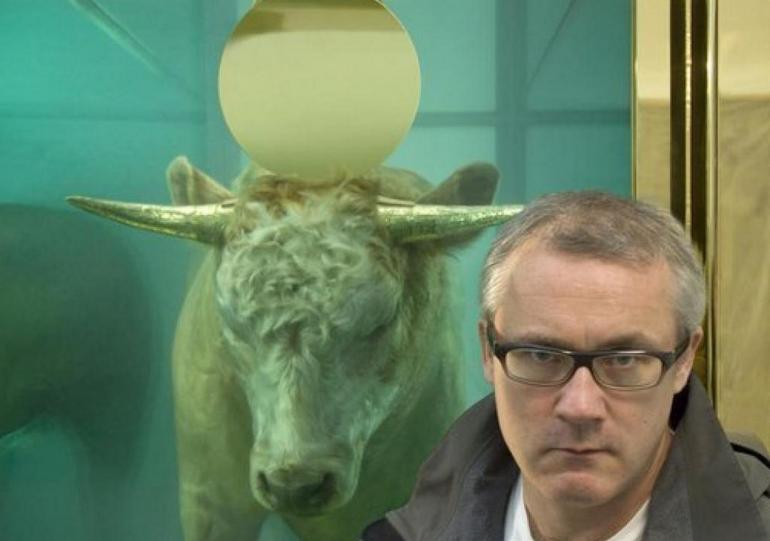 Another piece, which gained considerable popularity, was “Fragments of Paradise”, a confection of stainless steel, glass, and created diamonds sold for approximately $9.4 million (five times higher than its pre-sale estimate). Two of Hirst’s butterfly paintings sold for $2.9 million and was dedicated for charity. While this type of enterprise may seem overtly obnoxious to some, it’s stunning art for the rest. Quite evident for the big sales they’ve made!