We’d find it hard to fathom that the founder of a company as big as Apple had at some point in life applied for a job himself. Well, making it believable is this handwritten job application by Steve Jobs from when he was 18 years old. 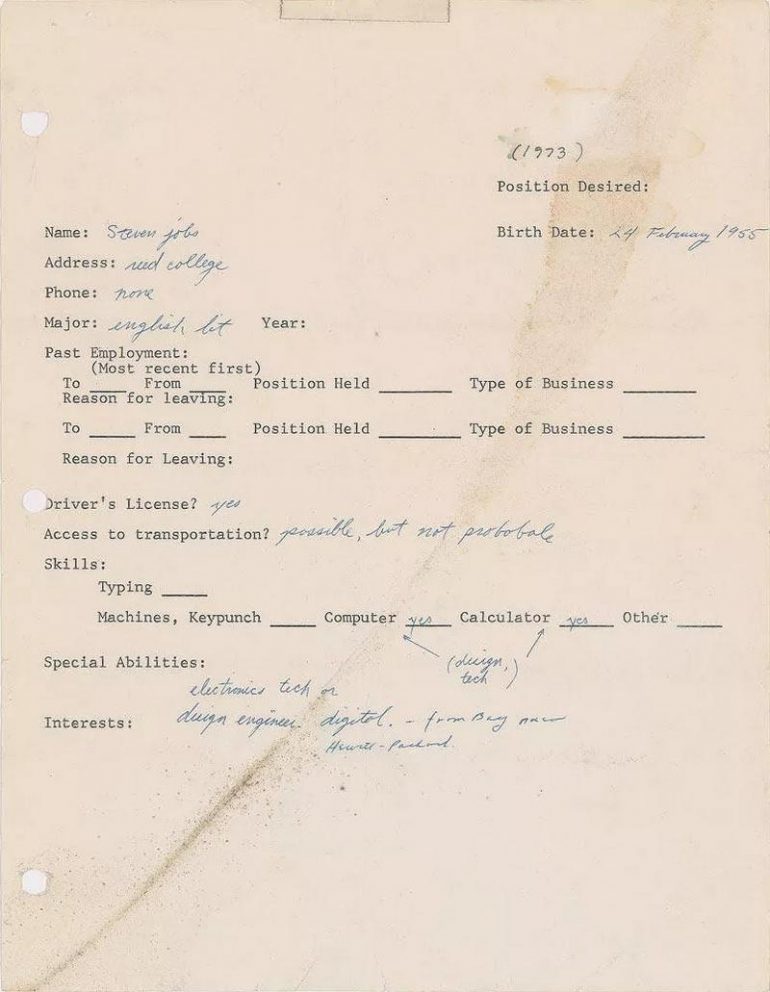 The single-page letter has no indication of the job role or what company he was applying for and identifies Steve Jobs as a student of English Literature in Reeds College. Mentioned in the skills section are words such as “computer” and “calculator” along with “design” and “technology” in a bracket.

In his application, Jobs has further listed English literature as his major and Reed College, from which he dropped out, as his address. He has also noted “electronics tech” and “design engineer” as his interests. The Apple founder has further mentioned that he owns a driving license and that he has ‘possible but not probable’ access to transportation.

The handwritten form is being offered by a London-based entrepreneur who, in a statement, said that “The Steve Jobs handwritten 1973 job application auction aims to highlight the modern shift in perceived value — the physical or the digital.”

Pertinent to note is that the job application has already been offered on sale several times before, selling in 2017 for $18,750, in 2018 for $174,757, and just this March for a cool $222,400. For now, the auction organizer – Olly Joshi, is accepting bids for the Steve Job memorabilia (offered both as NFT and in print) through his website onward July 21. Care to get your hands on it?

Tags from the story
NFT, Steve-Jobs