The stunning Apoise Superyacht that we told you about in February has finally been sold in an unreserved Grand Cayman auction by Dave Ritchie, co-founder of Vancouver-based Ritchie brothers. The Apoise sold for $46 million, the company’s record for the highest value auction lot is ever sold, beating its previous record of $8.5 million for the asphalt plant and surrounding real estate sold in Illinois in 2005. The unreserved public auction comprised an intimate crowd of bidders who gathered on-site at the Ritz Carlton Hotel in Grand Cayman, Cayman Islands.

The auction was speedy, with the crowd starting the bids at €20million ($27million) and the megayacht being sold to a gentleman from the UK within a span of 15 minutes. Apoise was intentionally purchased by Dave Ritchie when he retired from Ritchie Bros. in 2006 for cruising around the world for 4 months, before selling it in the unreserved auction. 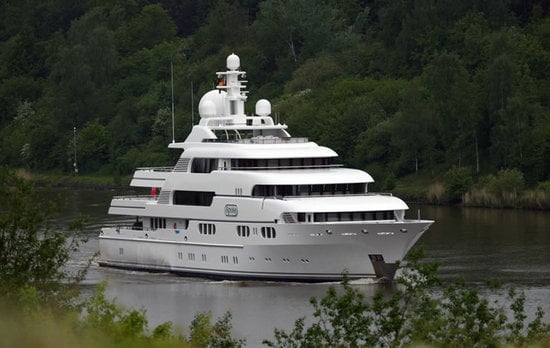