Art is no more limited to collectors wearing suits and swooping off auction floors for all that they have to offer. Rendering a novel meaning to sales of such coveted pieces is a generation of hooded millennials that are showing a new-fangled interest in aesthetics that probably costs millions. Don’t believe us? Well, the recent auction of a Simpson’s painting at Sotheby’s may have you to disagree! 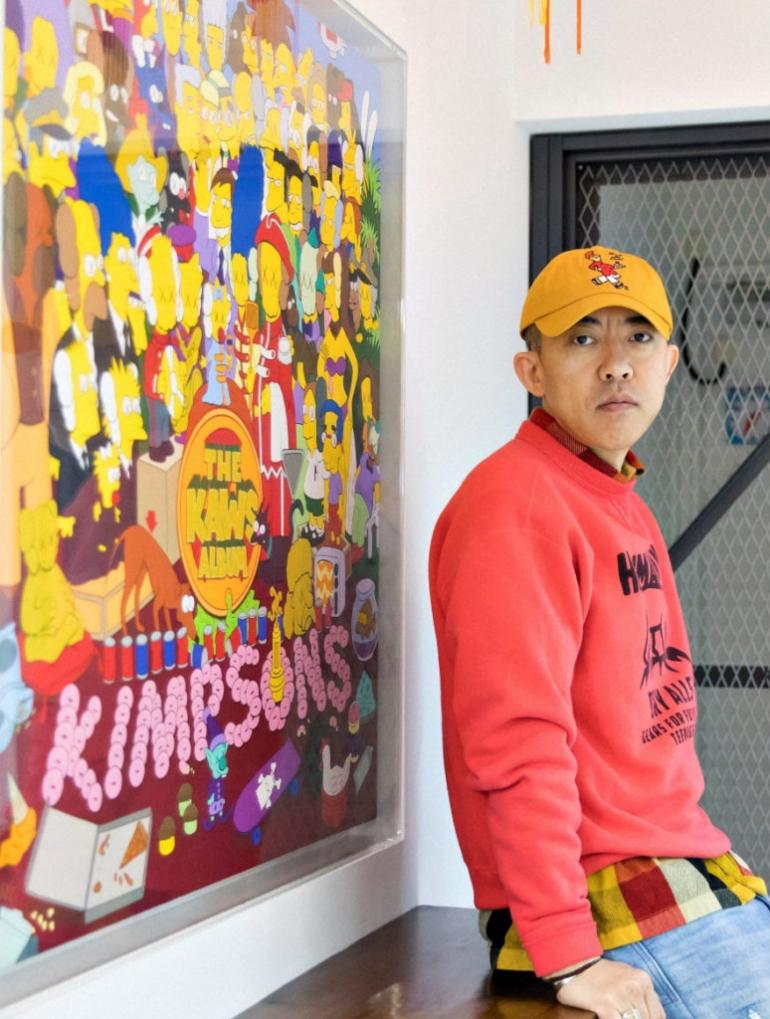 Created by KAWS aka the New Jersey-born Brian Donnelly, the painting is the artist’s take on the 1967 Beatles Sgt. Pepper’s Lonely-Hearts Club album cover, wherein he replaces the original collage of ‘individuals with iconic characters. It is christened as ‘The Kaws Album and was recently sold at a Sotheby’s auction in Hong Kong for a record-breaking $14.8 million – making it the maverick’s highest seller to date. The artwork was sold for almost 15 times its estimate, breaking Kaws’ previous record of $2.7 million for another one of his paintings.

The sale – Sotheby’s Nigoldeneye® Vol. 1 offered pieces from the collection of the streetwear promoter Nigo which included more of KAWS’ works such as three riffs on The Simpsons by the artist, all from 2003: Untitled (Kimpsons), which sold for $2.7 million; Untitled (Kimpsons #3), for 2.6 million, and Kimpsons Series, for $940,000. Commenting on the successful sale, KAWS himself remarked on Instagram saying: “Do I think my work should sell for this much? No.” What do you have to say about this Kaws-tatic sale?