An iconic colt single action army revolver attributed to famed outlaw William h. ‘Billy the kid’ Bonney is all set to go on sale at Bonhams. It is expected to fetch $3million and will be listed on sale in Los Angeles next month. 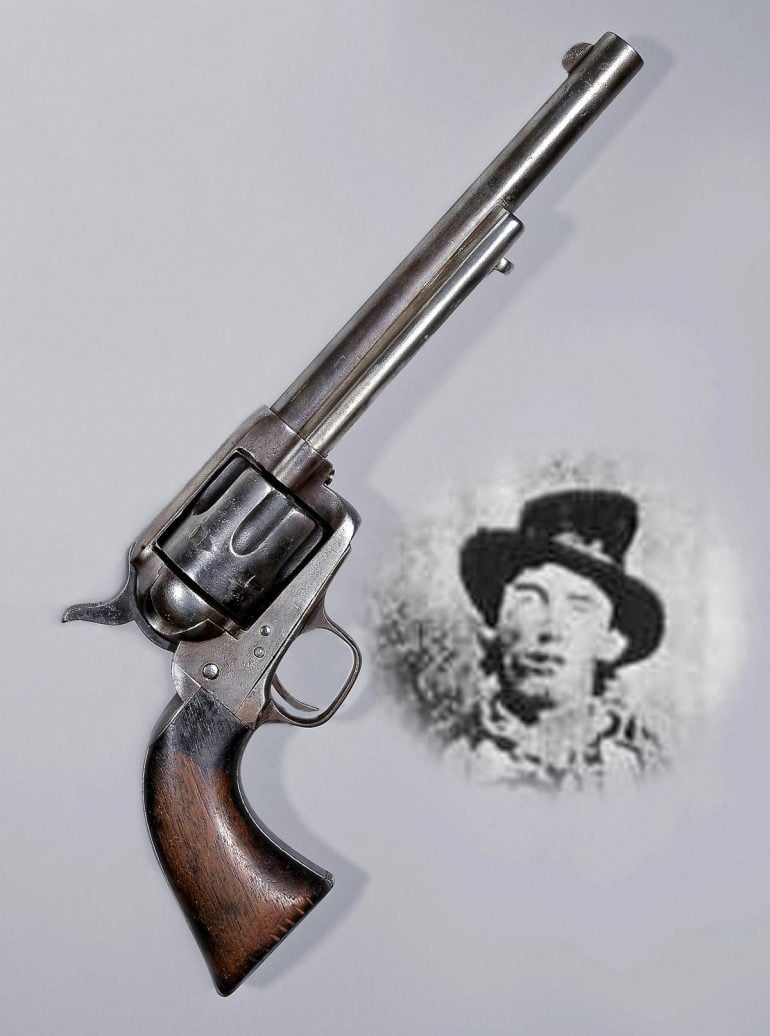 As per legend, Sheriff Pat Garrett drew the gun at a ranch in New Mexico, shooting the American fugitive in what became one of the well-known stories of the American West. Barring Serial no. 22384 for 1876, it comes with a 45 caliber, .7 1/2-inch barrel with Hartford address.

The revolver was passed down to Garrett’s widow in the early 20th century before making it in the hands of US collectors Jim and Theresa Earle in 1983, who famously pooled Western firearms and other artifacts for over some 50 years. After Jim’s demise, his family is selling the collection, which also includes two shotguns used by Billy.

Described as ‘the most iconic treasure of early Western history’ in the United States by Bonhams, the gun shows areas of light pitting overall with generally clear markings. It also features walnut grips and comes with a notarized letter of provenance from Ben M. Cummins.

Commenting on it, Catherine Williamson, a specialist at Bonhams Los Angeles, said: ‘The Billy the Kid gun of Pat Garrett is the most important and desirable Western firearm known, as well as one of the most well documented, and has never before appeared at public auction.’

She further added, ‘I believe Billy the Kid captures the attention until this day is that as he was a charismatic outlaw. The Winchester gun he had with him when he died, while he discarded the gun which he murdered Olinger with. Jim Earle died in 2019, and Theresa is elderly now, so the family have inherited this remarkable collection and have decided to sell it.’

Touted as an “American legend made manifest, this iconic piece of history and mythology memorializes the outlaw spirit, encapsulating the notion of the code of the West,” the colt single action army revolver will be auctioned next month for an estimated price of over $3 million.