McLaren has made heads turn yet again, with its swanky new coupe, termed as the “most affordable McLaren”. Called the 540C, this is the second car to join the manufacturer’s Sports Series. Unveiled at the Shanghai Auto Show, the new McLaren 540C will be offered globally soon and will soon hit European and American shores. The sports coupe derives its name from the 540 PS (533 horsepower) and 540 Nm (398 lb-ft) it churns out. Sporting a light weight carbon fiber chassis and race-derived technologies, just like its siblings from the Super Series and Ultimate Series, the 540C has oodles of McLaren DNA. 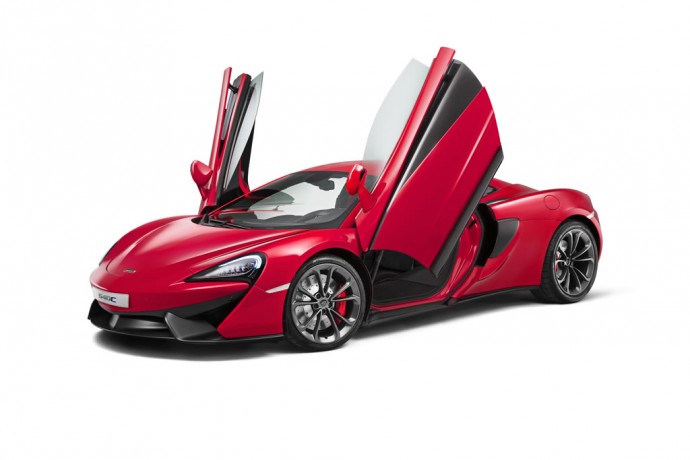 Powering this coupe is a mid-mounted 3.8-litre twin turbocharged V8 engine that’s peppy enough to give you an adrenaline rush as often as possible. The carbon fiber MonoCell II chassis makes sure the 540C isn’t an overweight lump of energy. With a dry weight of just 1,311 kg, the car takes advantage of its aluminum body parts and lightweight structure. This McLaren is capable of touching the 100km/h mark in well below 3.5 seconds and sports a top speed of 320km/h. The 540C is expected to come with a price tag of $160,000 and deliveries are stated to begin next year.