It’s been 34 years since the first Apple Computer first surfaced; my how time flies! Anyway, as a geek, you can own a slice of history as the first Apple-1 computers go under the hammer. And now the satanically priced $666.66 worth of computers is all set to go under the hammer. The PC is said to garner as much as $240,000 at auction, and the 8K memory system will come complete with its original packing, instruction manual, and a letter signed by Apple’s Steve Jobs himself! It doesn’t seem so expensive now, does it? 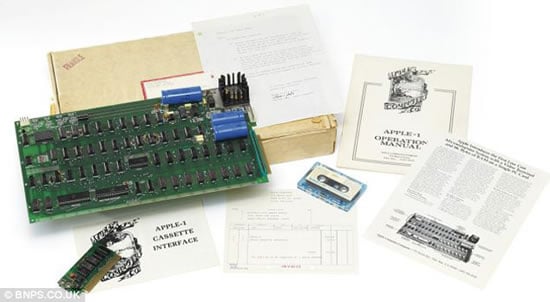 Tags from the story
Apple, Computer-Accessories