How much would you pay for a pair of battered-down shoes? Probably nothing! However, if it’s the rare spikes handmade by Nike co-founder Bill Bowerman (for Canada track and field sprinter Harry Jerome) that we’re talking about, it calls for a price that only a few can afford.

And presenting you with the original pair featuring the ‘prototype logo’ is Sotheby’s. The auction house is set to offer the spikes as part of rare and historic memorabilia celebrating the spirit of Olympic games, just in time for the upcoming Tokyo Olympics. 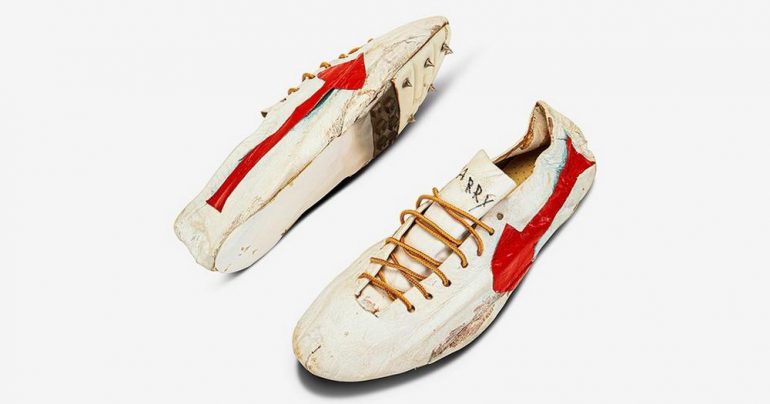 Commenting on it, Sotheby’s said, “This rare pair of track spikes made in the 1960s and modified in the early 70s represents an important chapter in the origins of the Nike brand. The present pair features the use of four prototype logos, which show Bill [Bowerman] experimenting with the concept of a brand and happen to bear a remarkable resemblance to the Nike Swoosh.”

It further added, “The shoes feature Waffle soles under each set of track spikes — the first notable innovation introduced by Nike when they premiered the Nike Moon Shoe at the 1972 Olympic Trials. Very few pairs are known to exist, one of which is held at the Special Collections and University Archives of the Knight Library at the University of Oregon.”