Chinese ceramics have a history of finesse and luxury that is probably unbeatable. And while there are plenty who possess a deep love for art, Chinese or otherwise, only a handful will gladly give away millions to own it. One such art fanatic is a buyer from London who recently purchased a pair of rare Chinese vases for a whopping 14 million pounds that averages up to $16.8 million! 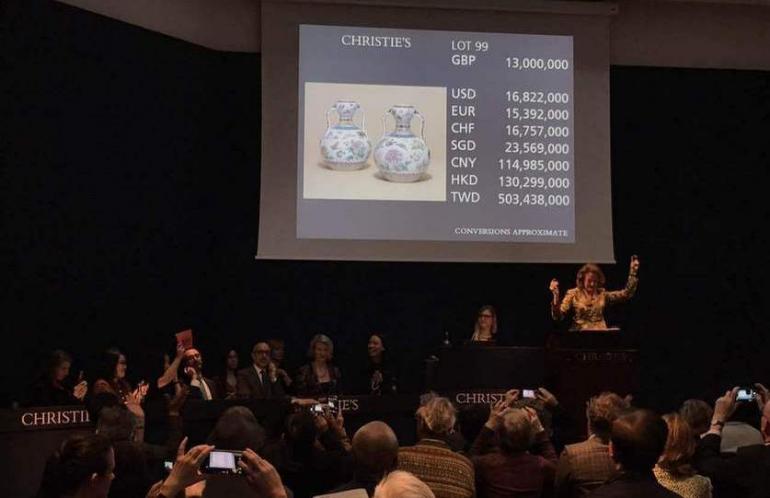 The legendary sale took place at Christie’s auction house in London on Tuesday and was attended by only by a limited number of wealthy bidders. Special red cards were handed to them before the sale in exchange of a refundable deposit of one million pounds. Starting in full swing, the auction met its ultimate finale with the anonymous buyer giving away 14.73 million pounds (inclusive of commission and taxes) in exchange of the beautiful bid, that now ranks as one of the Top 10 most-expensive Chinese ceramics sold at auction. The sale also positions as the second-highest for a Chinese work of art sold at Christie’s in London.

The luxurious vases were originally made in 18th century for the court of the Qianlong Emperor and were later purchased by an English buyer in the early 1930’s who then passed it on to the current owner. While bidders were willing to pay millions for the vases, ironically enough, its current owner had no idea that she had such amazingly important pieces in her collection! Nonetheless, both, she and the anonymous millionaire have rightly earned their fortunes for now!

Tags from the story
London, Vase