Diamond Connoisseurs and ardent gem lovers know the worth of a Vivid pink diamond. The extremely rare and accurately luxurious gem is an honor to own and presenting you with an opportunity to do that is Christie’s Geneva, that is all set to auction the largest and finest Fancy Vivid Pink diamond ever to be offered by the company to date. 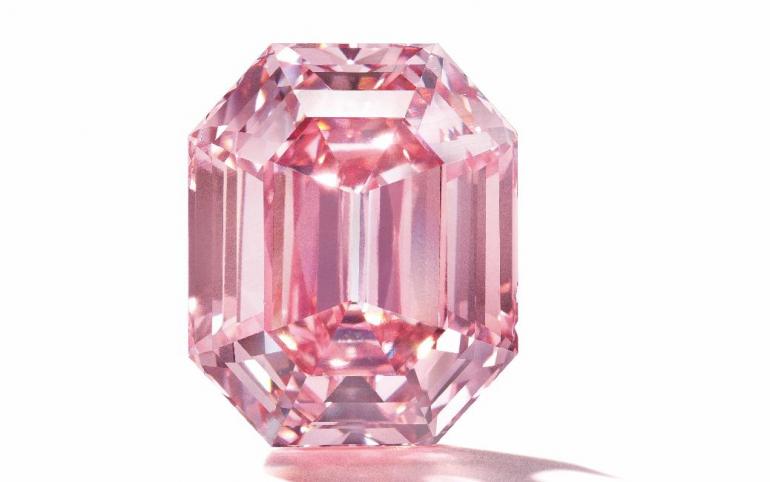 The exceptional rectangular-cut gem weighs just under 19 carats and is all set to lead the show at the upcoming Christie’s Magnificent Jewels auction at the Four Seasons Hotel des Bergues in Geneva. Called ‘The Pink Legacy’, the diamond carries the highest diamond color grading of VIVID by the Gemological Institute of America along with a Type IIa diamond classification, making it is one of the purest of its kind. As stated by Rahul Kadakia, international head of jewelry for Christie’s, “The discovery of this previously unrecorded and remarkable diamond will cause immense excitement with collectors and connoisseurs of diamonds around the world… Its exceptional provenance will no doubt propel it into a class of its own as one of the world’s greatest diamonds.”

Although marking a historical sale, the Pink Legacy is not expected to be the most expensive stone to be sold as yet. Those claiming the ranks in this category include the highly touted ‘Pink Star’, a 59.60 carat fancy vivid pink diamond which was sold for $71.2 million followed closely by the Oppenheimer Blue diamond that went down for $57.2 million in 2016. The Pink Legacy will be up for sale on Nov.13 at Christie’s Magnificent Jewels auction.