There’s a lot to love about Japan and Japanese ideas. The innovative and tech savvy country has given us Pokémon credit cards, Ramen baths and even gold KitKats. But one couple’s simple but luxe home in Auckland looks to the country for architectural inspiration. A cedar wood exterior, a few windows and a boxy shape are the only distinguishing characteristics of the intriguing home of actor Yuri Kinugawa and film producer Owen Hughes.

Designed by architect Andrew Lister the wedge-shaped building features a high ceiling stud, open-plan interior, and a deck flush with the ground floor. The house is modernist in appearance and is based on the principles of the Direct Compass, a Japanese discipline deriving from mathematics and astrology which is also related to feng shui. 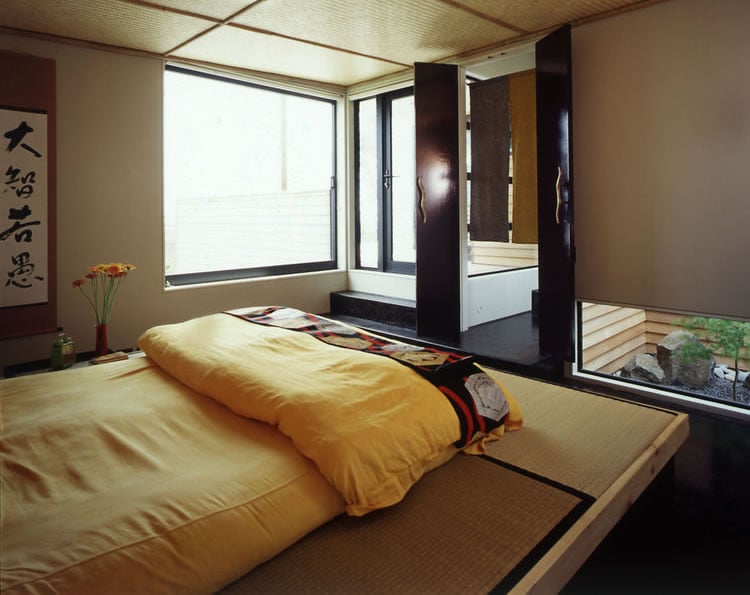 As the bedroom is believed to be central to family relationships in Direct Compass, the one in this house overlooks a small Zen garden on the house’s south to ensure cool temperatures and consequently mental clarity. A passageway separates the bedroom from the kitchen drawing a distinction between public and private areas. ‘It’s based on 4,000 years of observation,’ Hughes said, ‘and it’s quite practical, certainly not just whimsy.’ 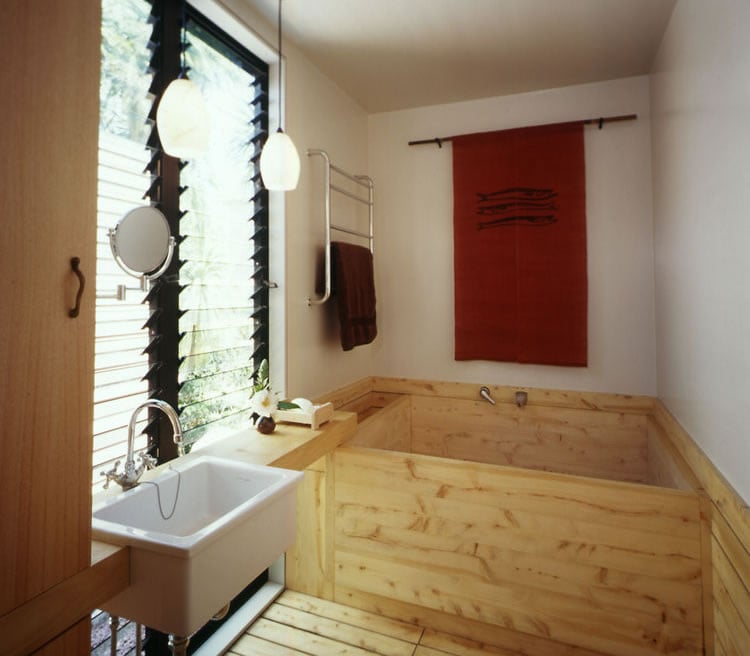 ‘It is basically two boxes joined by a passage, with a loo and a bathroom hanging off it,’ Hughes said of the structure of the house, ‘It’s not a big house by any stretch of the imagination, but people think it is.’ Situated just off the central passageway between the two parts of the house is the traditional Japanese bathroom complete with a wooden tub. 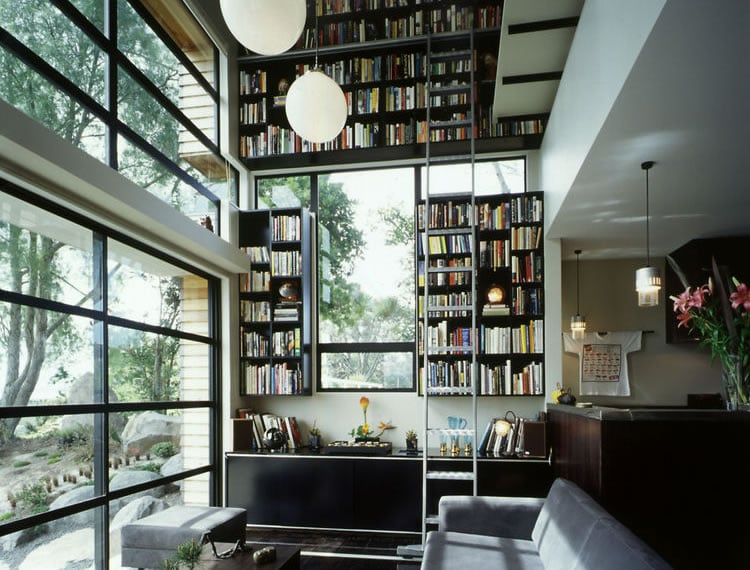 Hughes’ collection of over 5,000 books is housed in a 2 floor dark wood bookcase in the living room. It becomes a clever focal point and also a genius space saving solution. 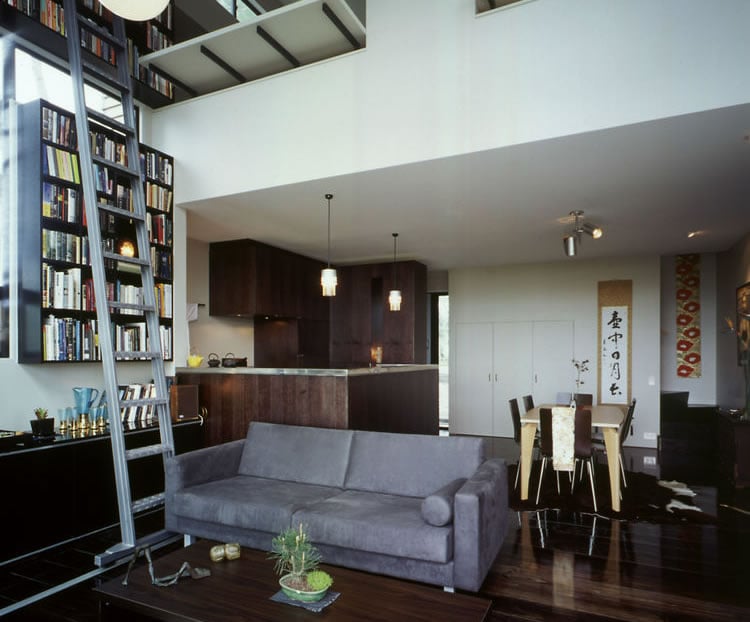 Two offices are housed above the kitchen and the throughout the house a keen eye will find interesting artwork by New Zealand artists such as Dick Frizzell and Michael Smithers as well as heritage pieces from Japan, including Yuri Kinugawa’s grandfather’s calligraphy, silk-screen noren (curtains) and her grandparents’ teapots. 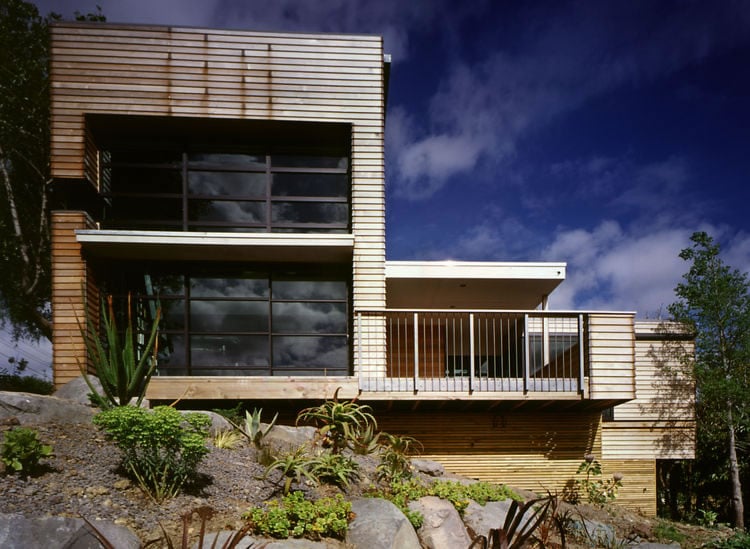 The cedar cladding for the house requires little maintenance and blends well with the garden’s sculptural desert plants.

The back of the house features a double-height glass wall. When the doors are slid back, the living space and the veranda blend into one offering views of the garden, the estuary and harbor, where sunsets and even dolphins can be seen.

Hughes’ wished to avoid the popular suburban style homes and wanted no hints of the colonial wooden villa. He met Lister through a colleague director Niki Caro (Lister’s wife). ‘We got talking and I discovered he was a great admirer of Richard Neutra, the architect at the forefront of modernism,’ Hughes stated, ‘We established that we were both interested in the classic tenets of modernist architecture.’ Thus was born their unconventional but beautiful house.

Tags from the story
House, Japan