Baseball fans can quite relate to the thrill of owning a Mike Trout card. However, in smashing all records, a 2009 rookie card signed by the American professional baseball center fielder has recently sold for a grand $3.84 million at auction, becoming the highest-selling sports card of all time! 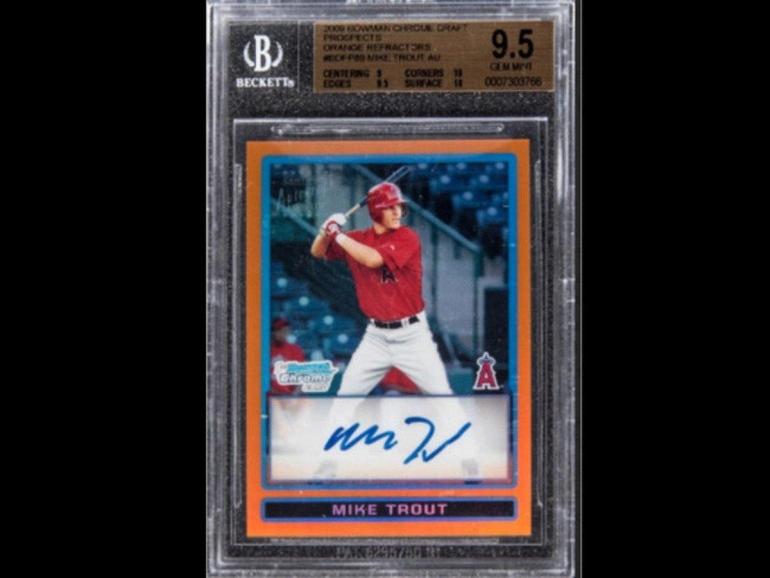 The one-of-a-kind 2009 Bowman Chrome Draft Prospects Superfractor card is one-of-a-kind, marked “1/1” and signed by Trout. It was sold by Goldin Auction to an anonymous buyer for $3.84 million. However, topped with the buyer’s premium, the card has gone on to fetch $3.936 million.

The Trout card features the baseballer in a batting stance when he played in the Arizona rookie league in summer 2009. It was previously purchased by Dave Oancea, a Las Vegas-based sports betting consultant for $400,000 on eBay. Before selling at its current record-breaking price, it was rated by Beckett Grading Service as a Mint 9, with the signature authenticated.

The previous record for the most expensive sports card to sell at an auction was held by a 1909 Honus Wagner T-206 card, which was sold in 2016. Earlier in the year, in May, another autographed Trout rookie card was also sold for a record-breaking $900,000.

Tags from the story
Most-Expensive, Sports-Memorabilia