If you wish to own a piece of royalty, here’s a deal for you! We’re talking about tiaras belonging to Napoleon’s wife Joséphine de Beauharnais, Empress of France, which are all set to go on sale for a whopping $ 689,300. 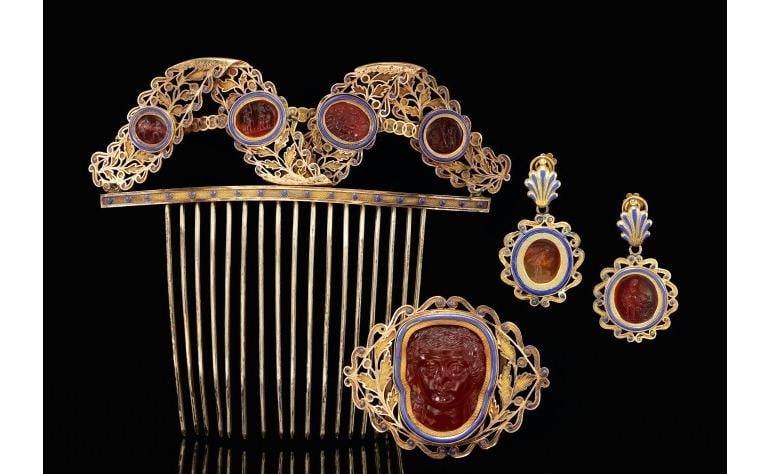 Part of a parure, the two tiaras are adorned with gemstones engraved with classical heads, several of which are ancient and believed to have endowed the wearer with their various depicted qualities such as heroism, faithfulness, and love. 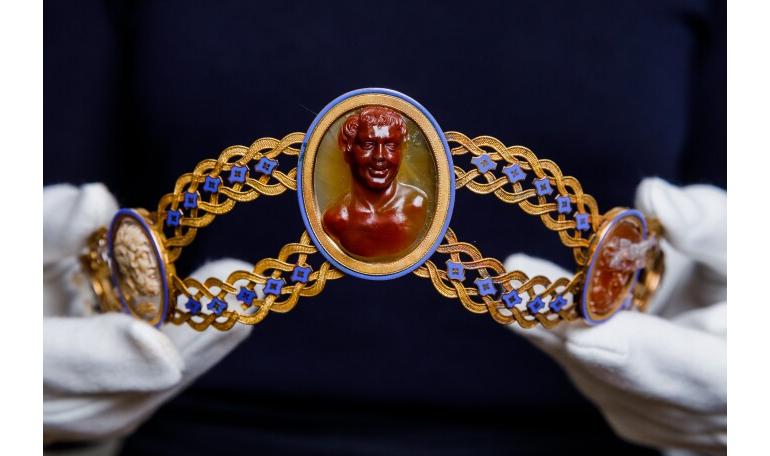 Touted to be exquisite examples of the very finest early 19th-century French craftsmanship, the pieces further reflect the fact that after the French Revolution, Napoléon had sought to legitimize his new government by resurrecting historical and cultural references to ancient Rome, even choosing to stud his coronation crown with a large number of old portrait cameos, as per Sotheby’s. 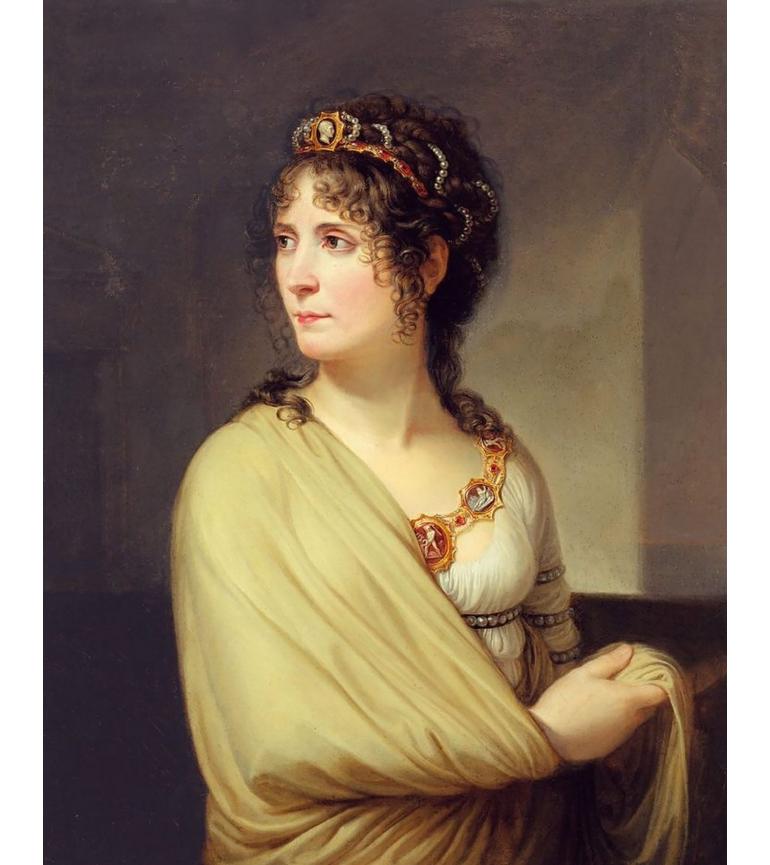 Commenting on it, Kristian Spofforth, Head of Sotheby’s Jewels department in London, said, “Empress Joséphine was much more than just a collector of antiquities. By being the first to incorporate these cameos and intaglios into her dress, wearing them side by side with pearls and diamonds, she created an entirely new fashion that swept Paris and the world, based on neo-classical forms.” 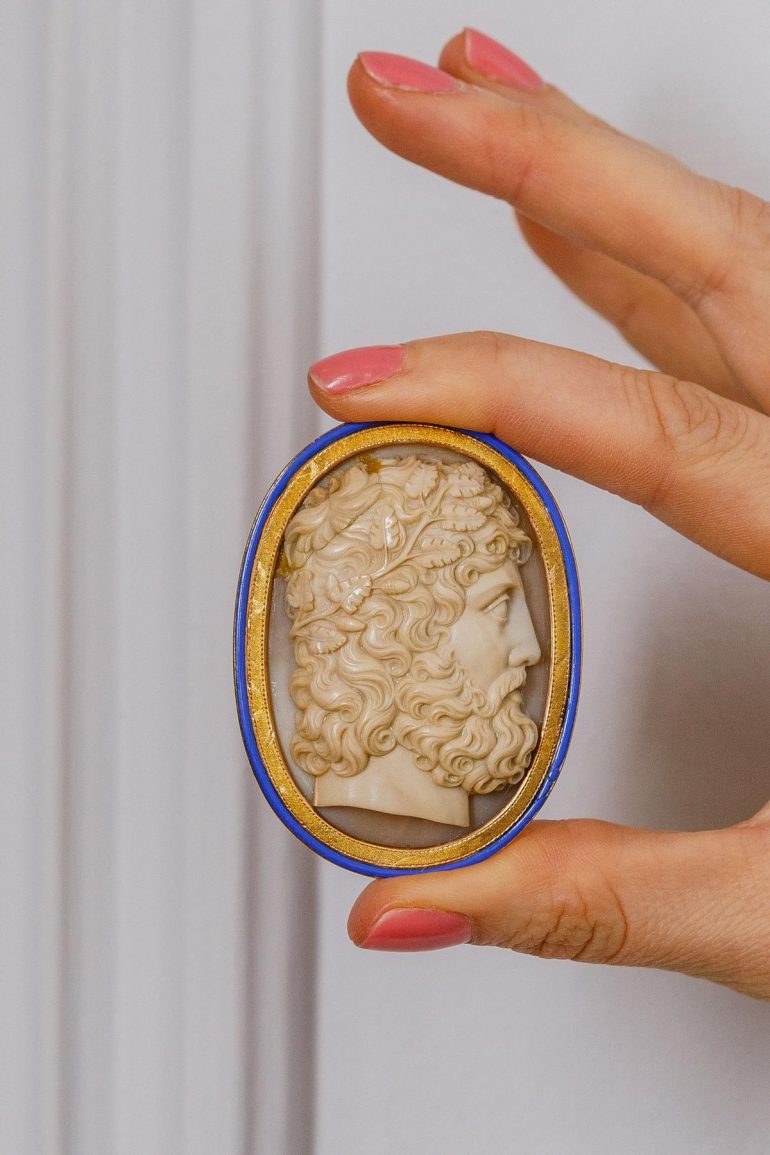 He further added, “The jewels offered here demonstrate the finest delicate work by the finest French workshops, and, today, there are hardly any comparable pieces in the world. When fashions changed, jewelry was broken up and re-modeled, making their survival a truly exceptional one.” 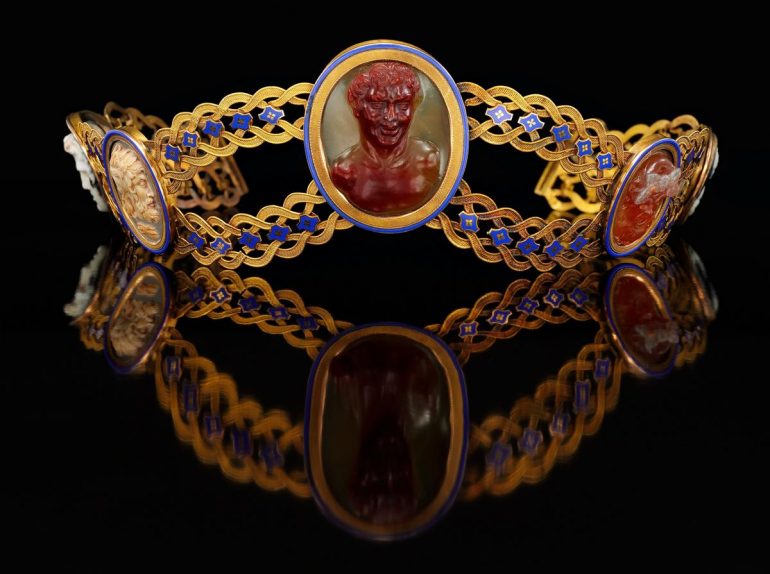 The exquisite pieces were made in Paris in 1808 and have come on sale from a ‘UK private collection’ where they remained for at least 150 years. They will be offered on sale for an estimated price of $410,000-$690,000at Sotheby’s London Treasures sale on December 7, 2021.

The parures (including a selection of other pieces belonging to Joséphine de Beauharnais) will further be exhibited from November 2-9 at the Mandarin Oriental, Geneva, alongside highlights from Sotheby’s sales of Magnificent Jewels.