Legends and Hollywood claim that a violin was played as the great ship Titanic sank to its watery grave. The accident that killed approximately 1,500 people in 1912 still haunts people today and is known to be one of the most tragically solemn events in shipping history. Wallace Hartley was a violinist and bandleader who boarded this ship more than a century ago to entertain passengers onboard the vessel. As the ship began to sink after hitting an iceberg, Hartley is said to have led his fellow musicians in playing the hymn, Nearer My God To Thee. The violin on which this solemn tune was played was a gift from his fiancée Maria Robinson, and this piece of memorabilia has been auctioned for a whopping £1,000,000 (nearly $1,617,300)!

Currently, the authenticity of this violin is being debated, but that certainly hasn’t stopped it from being auctioned away for an incredibly huge amount. According to Titanic specialist auctioneers Henry Aldridge and Son, the instrument has been tested and proven authentic over a period of seven years! The violin was rediscovered in 2006, after having spent the best of its life stowed away in an attic in Yorkshire. 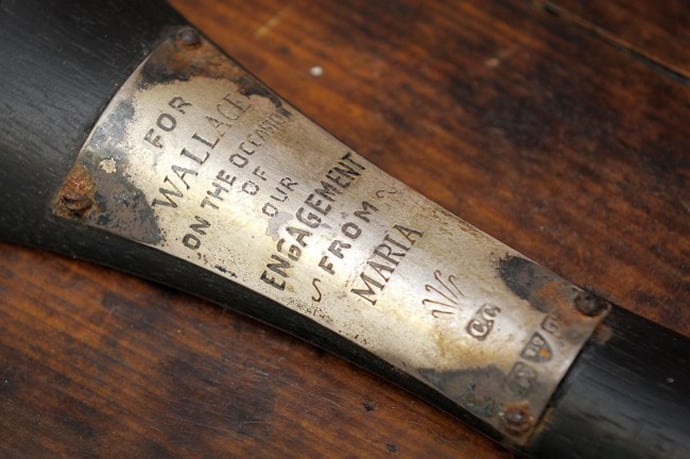 Tags from the story
Titanic, Violins

This adorable four-month-old kitten is the newest resident of the Parisian hotel Le Bristol.

Father of evolution, Charles Darwins’s 200-year-old microscope may sell for an estimated $480,000 or more…

Kim Kardashian’s Skims may be collaborating with Fendi for ultra-fancy $1,000 shapewear.