Most of us wouldn’t say no to a glass of pale ale on a sunny afternoon. However, if the beer in question dates to the 1930s, we’d certainly doubt the number of takers it would have. Regardless, two cans of such similarly outdated classic ale (produced by a UK brewery – Welsh brewer Felinfoel) were recently sold at an auction for nearly $2832(£2,270). The beers are believed to be the first-ever to be canned outside the US after being made in the year 1936. 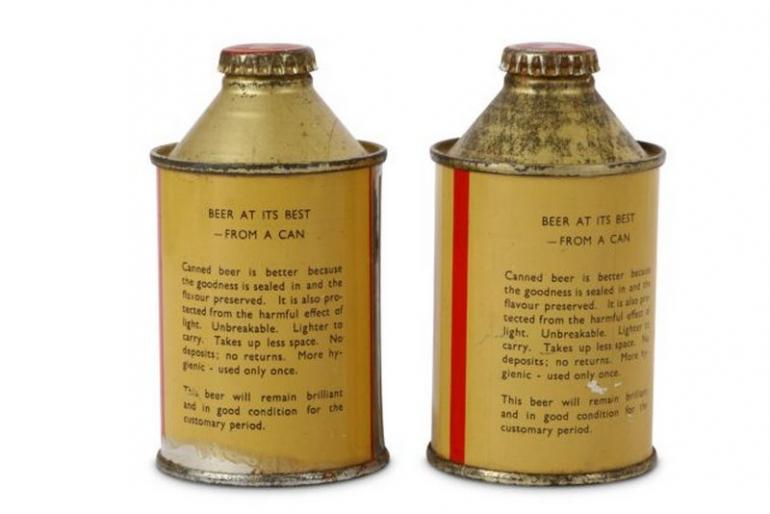 Manufactured by Felinfoel Brewery in Llanelli in Wales, the ale decanters were offered on sale at Chiswick Auctions in London on 19 September. In addition to the conical shape of sorts, the cans featured with a lid and some amount of evaporation from the base of one of the decanters. They were expected to sell off anywhere between £1,000 and £1,600, however, they ultimately fetched $2832(£2,270)- a price almost doubles its estimated takeaway.

Commenting on the sale, head of wine and spirits at Chiswick Auctions, Sam Hellyer, said: “The cans have been in the same family but weren’t stored in a cellar, at one point they were even kept on a desk. It’s a testament to the durability of the cans that they have survived and are in such good condition. He further added, “I believe the cans we sold were in much better condition and we have certainly smashed the previous record, achieving £2,270.50 for just two cans. We’re now trying to establish if these are the most expensive beers ever sold.” Fancy some well-aged beer?

Tags from the story
Beer