Memorabilia from the ill-fated ship, the Titanic, has always managed to grab the attention of folk who regularly hover around auctions. A while ago, we reported on a menu hailing from the sunken ship that fetched nearly £100,000 ($157,500) at the Henry Aldridge & Son auction. Recently, a pair of menus from the ship was put up for auction yet again. These were brought along by two brothers who left the ship in Ireland before it met its fate in the Atlantic. These were sold for a whopping combined $160,000 at a British auction. One of these was a menu for a first-class lunch on April 10, 1912, the day the ship sank to the depths of the Atlantic.

The second menu came from a May 31, 1911, Belfast gala that commemorated the luxury-liner’s launch. 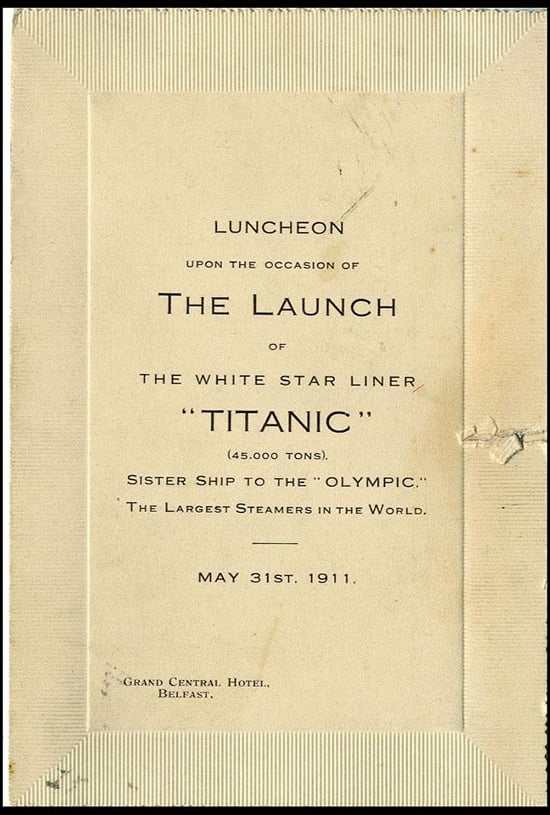 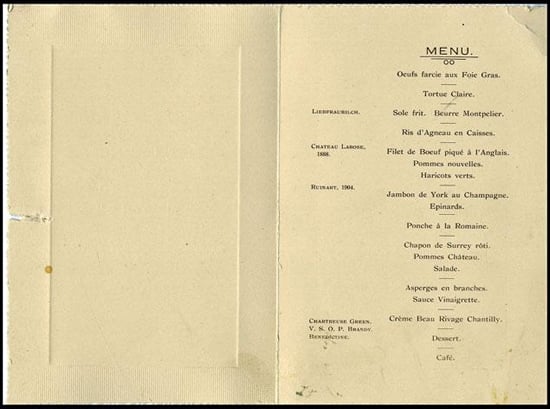