The 19th-century works of art by Russian artist Vasili Polenov have broken all kinds of records. Two of the artist’s masterpieces, “He that is Without Sin” and “He is Guilty of Death,” were both auctioned off on November 30th and exceeded the pre-estimates sales figures. These works of art were never auctioned before, yet they managed to garner huge interest. Without Sin, he was sold for £4.07 million ($6.4 million), and He is Guilty of Death was sold for £2.8 (4.4 million). They were part of 60 paintings from the series “Life of Christ.” The only time the whole collection was exhibited was in 1909 in Russia.

Yelena Harbick, Director of Russian Fine and Decorative Arts, stated, “These paintings were unquestionably the most important works by Polenov to ever come up for auction, and we are delighted with the prices realized. Through their exhibition at the Tretyakov Gallery in Moscow and Bonhams in New York, a huge amount of interest from both institutions and private collectors was generated.” 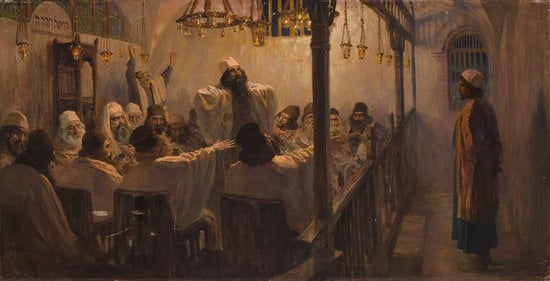