IWC Schaffhausen has been nominated as the Official ‘Festival-Time’ Partner of the Tribeca Film Festival, New York. As a part of the celebrations, and to bolster its affiliation with the non-profit making the Tribeca Film Institute (TFI), the brand will put a unique piece under the hammer at Antiquorum Auctioneers. The vintage piece in question is the one-off Portuguese Automatic Edition “Tribeca Film Festival 2013” timepiece. The watch will feature a Pellaton winding system, with a 7-day power reserve and date display. The watch hands numerals and hour markers have been etched out of rose gold plated on a slate-colored dial. 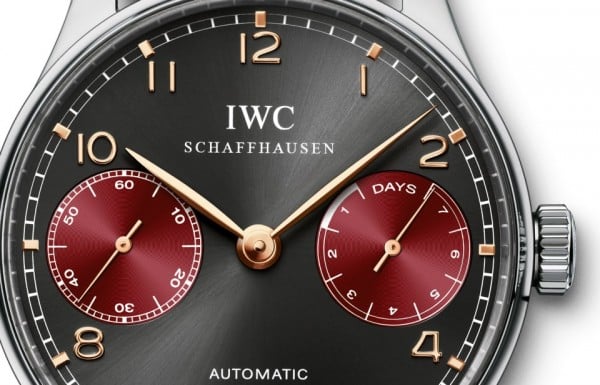 Finished with a black alligator leather strap with platinum folding clasp, the watch with 3 bar water resistance features an 18-carat gold medallion with the Tribeca Film Festival logo engraved with the text “Unique Piece”. The dial is 42.3 mm in diameter, and the watch is 14 mm thick. 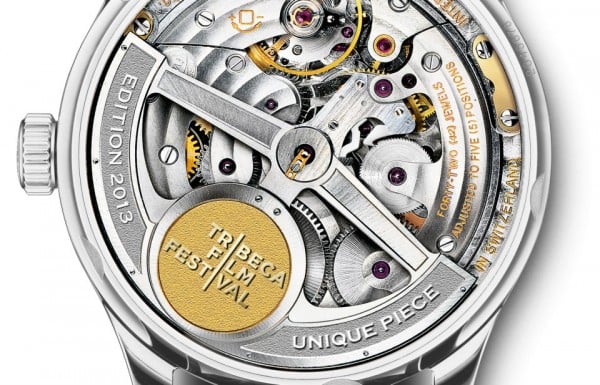 The auction, which is conducted on April 10th, 2013, with real-time bids also being placed via the internet at www.antiquorum.com or the telephone. 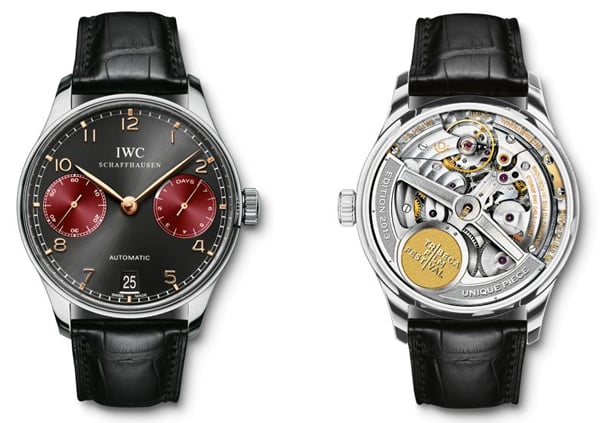 Tags from the story
IWC