Cao Xuan Truong, a Vietnamese antique collector, finally lucked out when he won an auction last year. The item in question was a book made of silver and gilded with gold. The history of this particular book dates all the way back to 1846 when the then Vietnamese King Thieu Tri generously gifted this very expensive book to his mistress. The book, which measures 14 x 23 cm in size, has only five sheets and almost 2 kg. It features 186 scripts in Chinese with reference to the concubine.

READ:  This book costs more than a Bentley Bentayga SUV (Hint - It is diamond encrusted and celebrates 100 years of Bentley itself)

Truong heard about this book in 2002 from a friend residing in France. Since then, he has been unsuccessfully trying to get his hands on it and even made trips to France over ten times. Finally, in October 2010, he found out that the book would be auctioned, and to make his purchase possible, he sold his house in Canada. He coughed up €72,750, which sums up to approximately US $98,000. In 2011 he took this gold book back to Vietnam, and it has been in his Hanoi house since then. He hopes that someday he will be able to donate the book to the Vietnamese Museum as it is the only known gold and silver gilded book believed to be in existence. 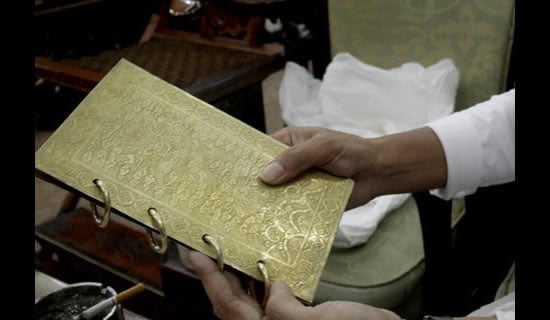 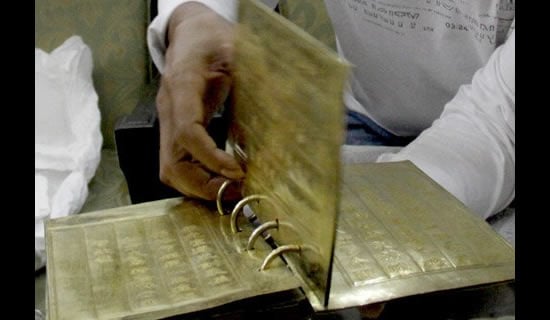 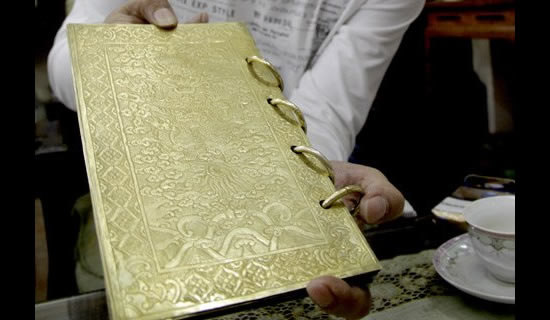