On the eve of 26 September 1960, two of the leading names in US Politics – John F. Kennedy (1917-1963) and Vice President Richard Nixon (1913-1994) came together for the first-ever presidential debate on television. The event was witnessed by seventy million people as the duo went on to answer questions from four political reporters.

While the debate cannot be recreated, the Fine Printed Books & Manuscripts online sale will soon be giving away notes taken by Sir Kennedy that evening. The manuscript was reportedly handed over/ procured by Sandy Vanocur who was one of the journalists in the studio during the debate. It was on display at the Newseum in Washington, D.C until 2019 and has also been featured in the institution’s exhibition Every Four Years: Presidential Campaigns and the Press in 2012. 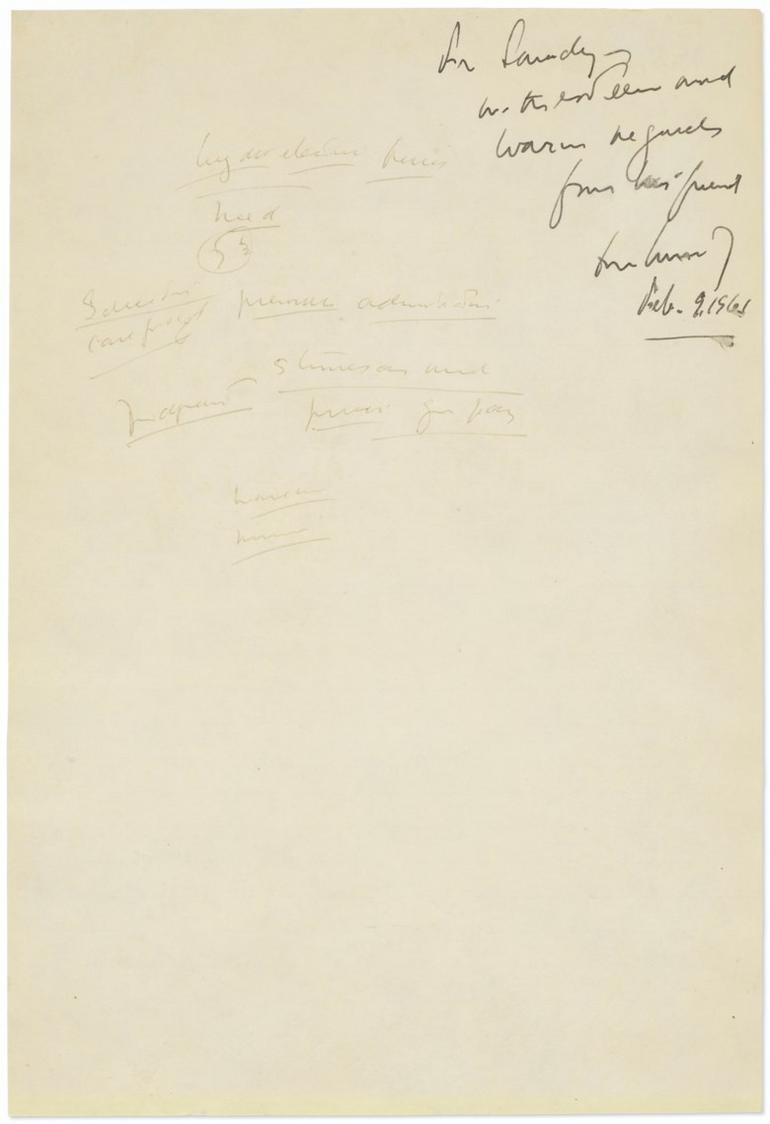 The notes made it back to Vanocur’s family after the museum closed down last year and is now set to be auctioned to the public for an estimated $ 50,000. According to Peter Klarnet, Christie’s senior specialist in Americana, ‘The debate was a milestone for Vanocur. Kennedy was known at times to leave his notes lying around, so it is possible he picked them up as a souvenir’. It is also believed that Kennedy may have given the notes to Vanocur when he was covering the Kennedy White House administration-based on its inscription reading: “For Sandy [Vanocur] with esteem and warm regards from his friend John Kennedy Feb. 9, 1961”.

If you wish to own a precious piece of history, send in your bids to Christie’s online before October 16!