Winston Churchill was a man to look up to and that’s just what the world did. Opportune that someone looked down and found his half-smoked cigar, treasured it for years and as luck would have it the same half-smoked cigar stubbed out by Winston Churchill and picked up by a cinema usherette is expected to fetch thousands of pounds at auction. Things get interesting when you learn about the back-story of how the events took place. It so happened that the World War II prime minister was attending a film premiere at the London Coliseum in 1953 when Violet King spotted him drop one of his cigars. As one would expect she picked it up considering it a souvenir and took care of it wrapped in a shoebox until her death in the 1980s. She never took it for the money as it was a keepsake and was truly proud of it. Nephew Julian Lewis said, “My great aunt Violet saw Churchill drop the cigar which he’d been smoking, she picked it up and treasured it for the rest of her life. It was her claim to fame. She was very proud of the cigar. She liked to talk about it and show it to people”. 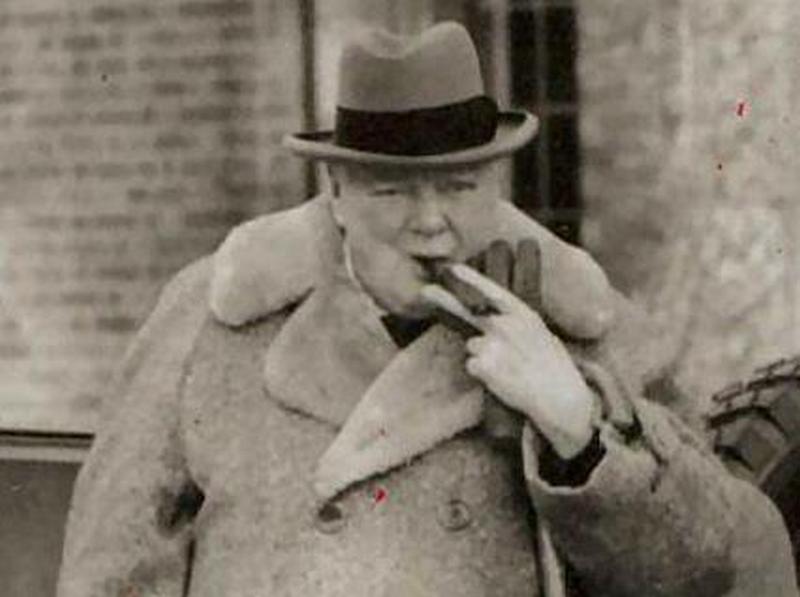 Mr Lewis, of Stoke-on-Trent, said his great-aunt wrote to Churchill about the keepsake and received a ‘friendly note’ back giving his permission to tell her friends about it. The cigar and letter will go under the hammer for £5,000-£6,000 ($5500-$6500) in December at Hansons Auctioneers in Etwall, Derbyshire.

Tags from the story
Cigar, Winston_Churchill