The economic crunch has definitely helped some jewelers who are able to buy some of the most expensive stones at a lesser price. That is exactly what happened with this case of Laurence Graff, a Bond Street jeweler, who bought one of the largest cut diamonds, the Wittelsbach stone, for £16.4million ($24.5 million) at Christie’s in London. The jeweler is grateful to the economic crunch as otherwise, this stone would definitely have fetched more than £50 million. This amazing sky blue gem is originally from India with centuries of royal connections and was selected for the wedding dowry of a Spanish princess, Infanta Margarita Teresa (1651-1673). In 1722 the diamond entered the Wittelsbach family, a European royal dynasty. The pace of the auction was very fast with the bidding starting at £4 million and reaching £10million in just a few seconds. Mr. Graffe who was bidding through the phone was a clear winner except for two Russians who managed to give him quite a tough competition. According to Mr. Graffe, the stone will be polished and cut and he will use all his expertise to create an amazing piece to fit for this gem.

This stone is definitely special, as it has created a record for itself by being the most expensive stone or piece of jewelry to be sold at any auction. According to Mr. Graffe acquiring this gem is the climax of his career. Well, lets hope the final piece that incorporates this gem is all set to create another record for Mr. Graffe. 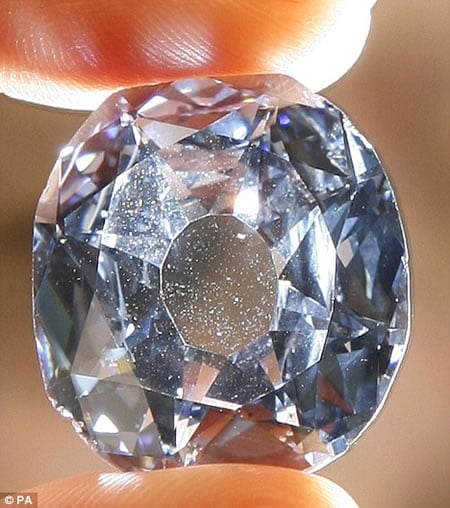 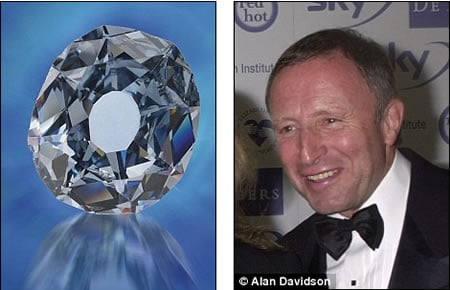