Fans of Willy Wonka & The Chocolate Factory can now lay hands one of the exclusive Golden Tickets from the movie. The iconic prop will go under the hammer next month and will be sold alongside a Wonka Bar from the 1971 classic starring Gene Wilder as the title character.

The ‘Chocolate’ Bar is made of cardboard, colored paper and a foil wrapper, and measures 3.5in by 6.3in (9cm by 16cm). It is originally said to have belonged to actress Julie Dawn Cole who played the spoilt Veruca Salt in the movie. It was then passed on by Ms.Cole to her friend, Linda Carr from Sherborne 48 years ago when she was aged 12. 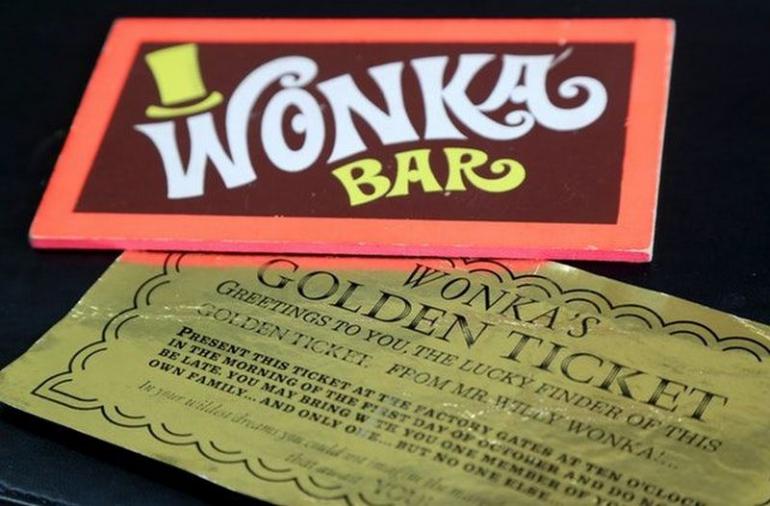 The Golden ticket, on the other hand, is printed on gold-colored foil, measuring 3.7in by 7.5in (9.5cm by 19cm) It reads: “Wonka’s Golden Ticket, Greetings to you, the lucky finder of this golden ticket, from Mr Willy Wonka.” Photographs of the actress and Mark Poncia – a former auctioneer and late partner of the current owner – will also be included with the ticket.

In commenting on the sale, seller Catherine Southon said: “As a child, Charlie And The Chocolate Factory was one of my favourite books and I loved the character of Veruca Salt in the film, so when the ticket and Wonka Bar was brought in to us on a valuation day, I couldn’t believe my eyes – a real dream come true. She further added, “It’s an iconic piece of film ephemera whose appeal resonates with the child in all of us.”

The items are available for auction at Farleigh Court Golf Club in Surrey.

Tags from the story
Tickets, UK