Another iconic Leica camera is soon going to come under the hammer at a Bonhams auction. The auction house has previously auctioned some very rare Leica shooters including an extremely sought-after Leica II Luxus camera which is believed to be one of the rarest cameras in the world. This Leica III camera which will be auctioned at the Bonhams Leica Centenary Sale in Hong Kong on 30 November was used by Yevgeni Khaldei to take one of the most iconic images of the World War II. Yevgeni Khaldei who worked as a photo journalist for the official Soviet news agency TASS used this very camera to capture the “Raising a Flag Over The Reichstag” photo.

Khaldei’s image was taken on 2 May 1945 shortly after the Reichstag had finally fallen. It is a restaging of the moment when Red Army fighters had first flown the flag over the building two days earlier before the Germans fought back and dislodged them. It is reported that Khaldei had hoped that the image would have the same impact as Joe Rosenthal’s famous photograph ‘Raising the Flag on Iwo Jima’. The camera, bearing the serial number 257492 is accompanied by an Elmar f/3.5 50mm lens with the serial number 471366 and is estimated to sell at £230,000-340,000 ($400,000-582,000). Bonhams Head of scientific instruments Jon Baddeley said, “It is a great privilege to be selling a camera with such evocative associations. Raising a Flag over the Reichstag is a defining image of victory over evil which affected people deeply at the time and has continued to resonate for later generations.” 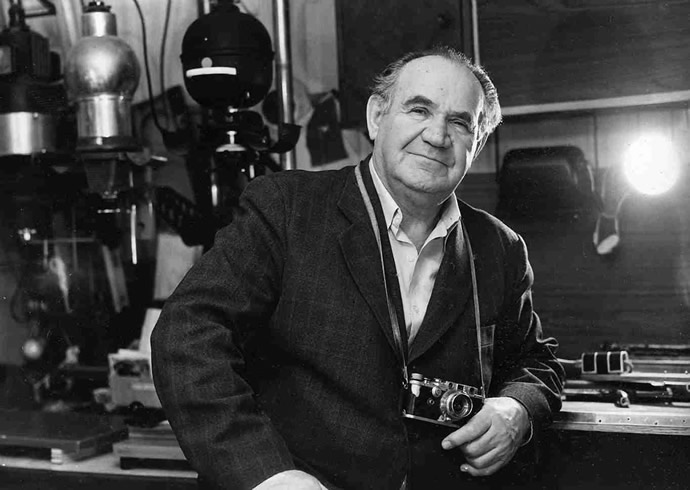