From flying Phil Collins to Mick Jagger, Concorde’s names stand sketched in the list of luxury aircrafts the world has ever witnessed. The supersonic wonder that cruised at twice the speed of sound made a new mark for inflight indulgence with its extravagant array of services. From feeding decadent food to guests to carrying precious cargo, the aircraft delivered and lived an equally grand life till its final close down in 2003.

During its full bloom, Concorde with is four Rolls-Royce Olympus 593-610 engines sped at nearly 1,330mph. Dropping passengers to New York within 3.5 hours, the jet’s standard fare was nearly £4,350($5647) for a one-way trip. After three decades of full services, the aircraft saw a final halt in 2003, following its unfortunate crash in 2000. While the plane was discarded as fuel – inefficient and uneconomical in the later years, it still remains an icon for aviation aficionados’ world over. In celebrating Concorde’s very legendary life, a French auction house in Toulouse will auction close to 1000 odd parts of the aircraft from toilet seats, crockery, headphones, and more. 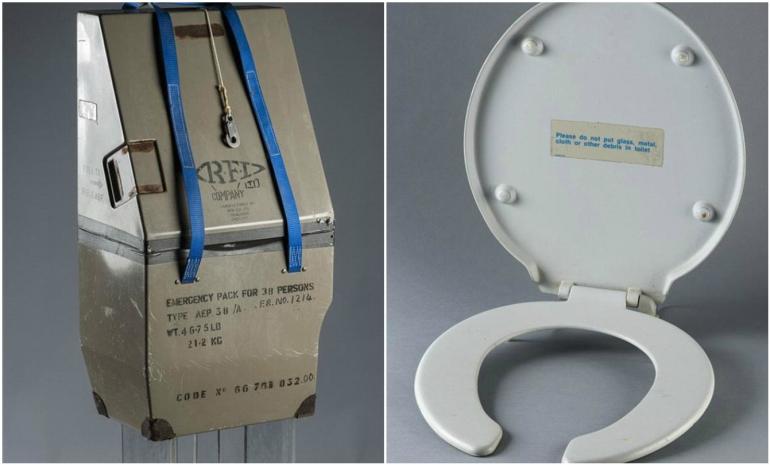 As part of the auction, metal washer rings used in the construction of Concorde will be sold at £8.60 ($11) while it’s Machmeter(an aircraft flight instrument that shows the ratio of the true airspeed to the speed of sound) will be traded for an estimated figure of £10,300 ($13371). The aircraft’s seating will also be up for sale for a projected price of £2,575 ($3343) . While that’s not all, menus, vintage luggage tags, discarded newspapers, sketches, and mechanical parts will also form part of this exclusive Concorde Sale. If you wish to own a piece of the luxury Jet all for yourself, you know where to head!