French designer Christian Louboutin is adding a dash of sparkle to its Rouge Louboutin nail paint collection with its latest Starlight Edition. Like a star illuminates the night sky, this extraordinaire lacquer is filled with glitter specs to bring premium luxury to the fingertips. The Rouge Louboutin Starlight Edition has highly-pigmented rich formula that makes it long-wearing and chip resistant.

The faceted glass bottle itself is adorned with 1,500 two-tone Strass crystals that are applied by hand creating a reflecting garment that magnifies the architecture of the bottle. The tall slender cap evoke the image of the Louboutin’s The Ballerina Ultima’s dramatic 8-inch heel. It also features a patented triangular brush that picks the right amount of formula -without air bubbles – to ensure flawless application. 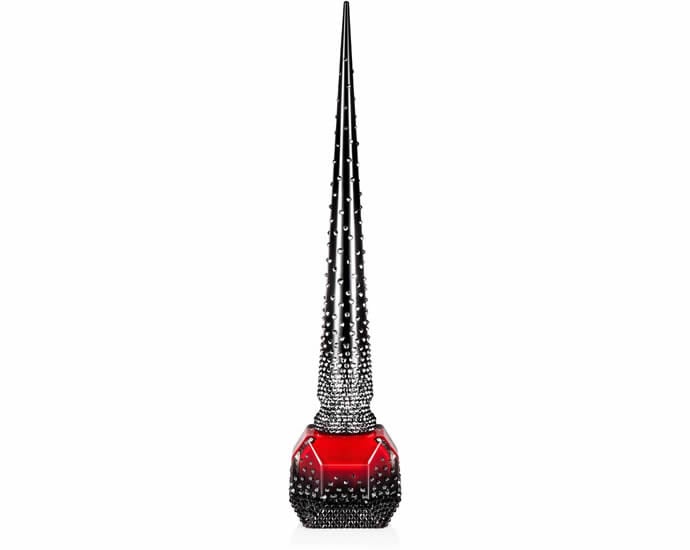 The lacquer is preciously encased in a velvet soft black insert, sitting in a jewelry-like box with a black lacquered finish, showcasing a red reveal. Two leather and Strass flowers borrowed from Fall/Winter 14 shoe Pensamoi, rest delicately on the box cover. 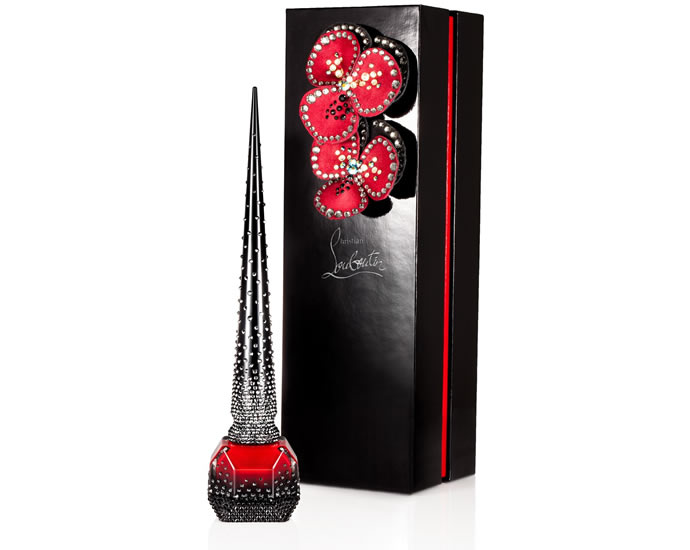 The Rouge Louboutin Starlight will be available in a limited worldwide quantity of 1,000 pieces for $675 each. The nail lacquer is beyond extravagant but due to the intricate handcrafting of the process, it costs a whole lot more than the otherwise $50 Rouge Louboutin Nail Color.