A symbol of wartime austerity, the bamboo has long held a significance for the luxury house Gucci. The unique material was first utilized in a Gucci Bamboo bag created in 1947 as craftsmen heated and bent the bamboo into the curved handle has now come to characterize the brand. Now after appearing in Gucci’s watches, jewelry and footwear, bamboo makes an appearance in the fragrance collection through the Gucci Bamboo fragrance for women. Former Miss Israel Universe and the Fast and the Furious franchise star Gal Gadot appears in the fragrance campaign and the accompanying video directed by Fabien Baron representing the Modern Gucci Woman. 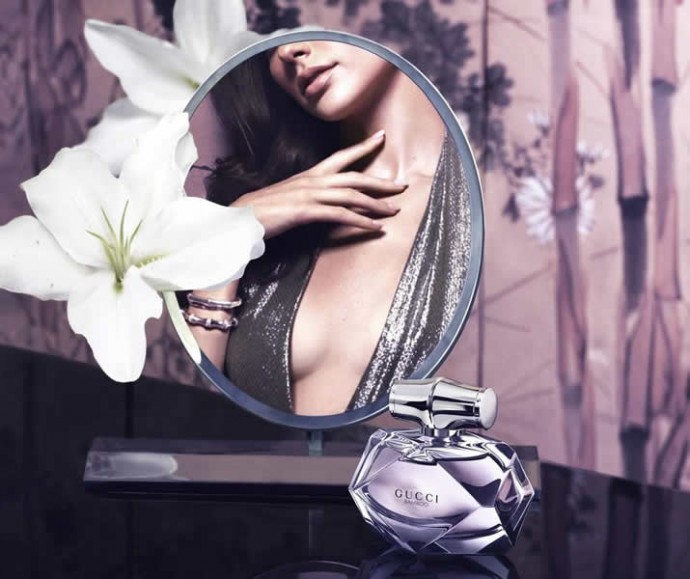 The fragrance is a floral – woody composition with opening notes of citrusy bergamot, middle notes of ylang-ylang, Casablanca lily and orange blossom and a base of sandalwood, Tahitian vanilla and amber. The bottle design in in keeping with the “feminine but tough” theme of the fragrance with its art deco inspired shape and pink liquid contents. A polished silver cap adds the bamboo signature.