Christian Louboutin references Egyptian iconography in his latest collection of nail lacquers. The Scarabée Nail Color Collection consists of three limited edition iridescent shades inspired by the scarab beetles that were sacred to the Pharaohs of Egypt. The nail lacquers offer a reflective look under bright sunlight and a jewel-tone effect by night, according to the designer himself. 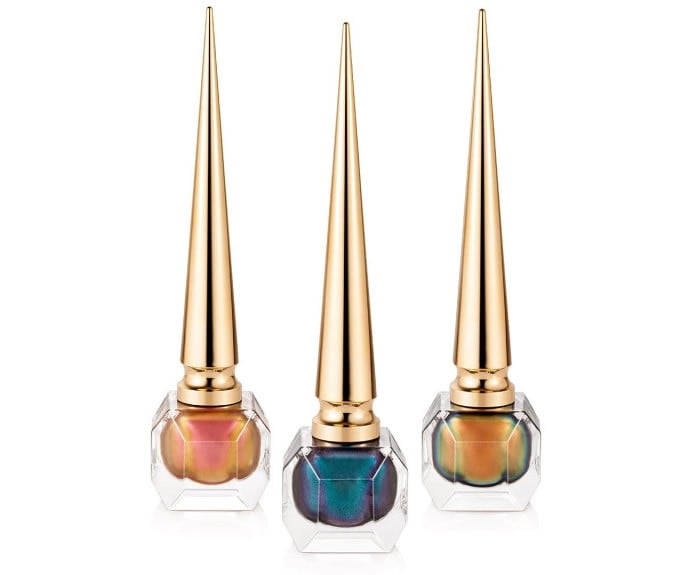 The three shades are titled Scarabée 1, 2 and 3. Scarabée 1 is a golden pink color while Scarabée 2 is a royal violet blue. Scarabée 3 consists of majestic green and metallic bronze. While the bottle remains the same, the outer packaging is a new soft touch mat carton featuring a cutout window and a gold scarab design. 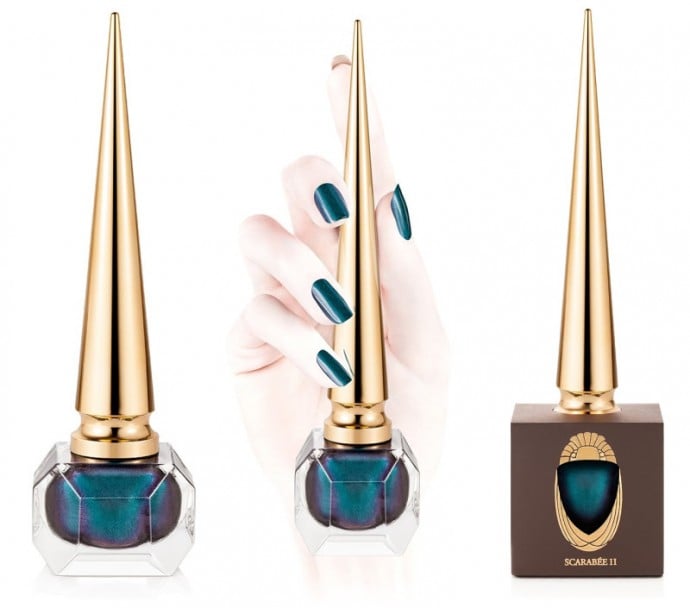 Tags from the story
Christian-Louboutin, Nail-Polish