Christian Louboutin has been treating us to scene stealing manicures for a while now; from limited edition bedazzled bottles to a range of happy seasonal colors and even a signature red for the underside of our nails, the faceted bottles with the spindle like lids are a staple in every style maven’s beauty box. The designer has now revealed his Limited Edition Python Vulcano Coffret, a new set of three nail colors presented in a stunning Jackson Pollock inspired box. The nail colors themselves comprise a vivid yellow named the Hot Chick, a muted cream titled Salonu and an electric blue christened True Blue after Madonna’s 80’s hit song. Of these, the former two nail colors share their names with two of Louboutin’s iconic shoe designs. 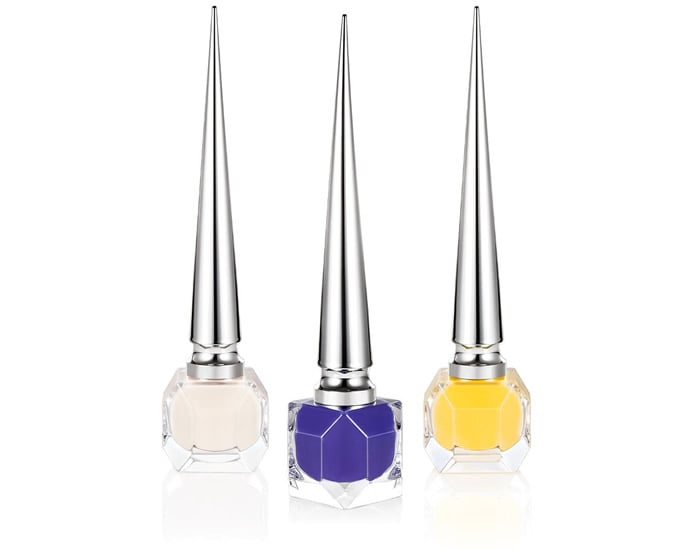 The exterior packaging draws inspiration from Louboutin’s new Vulcano Collection (footwear and purses) which combines the timelessness of python print with edgy pain splashes (a Jackson Pollock signature) in vibrant hues like electric blue and hot pink. While we’ve always been told never to judge a book by its cover, in this case we’re inclined to think that the Vulcano nail enamel range is quite as pretty on the inside as it is on the outside. 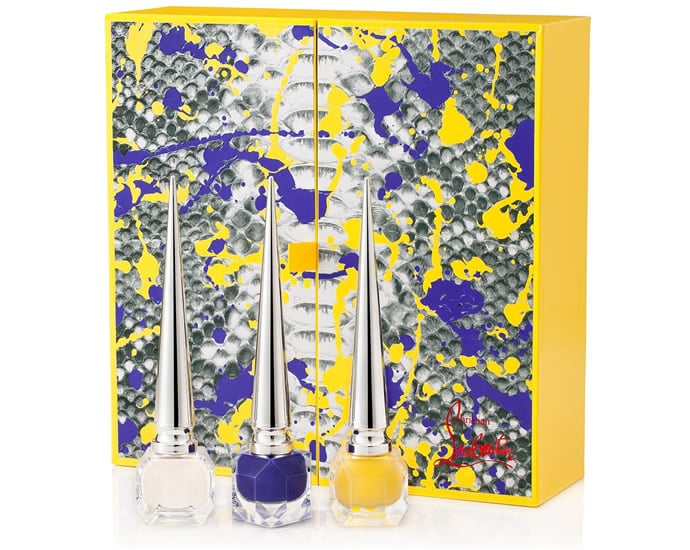 Priced at $90, the box is a must-have for fans of the maverick designer, and with Valentine’s Day around the corner, a little bit of self-love is certainly in order!

The box set is sold out at christianlouboutin.com but you can still buy it from Selfridges and Nordstrom.

Tags from the story
Christian-Louboutin, Nail-Polish