The devasting fire at the Notre Dame Cathedral in Paris has crippled many with pain. The building through decades has served not only as a spiritual symbol but also as an epitome of architecture and is still revered as one of the most premium structures of its kind across the globe. While many famed artists have suggested improvements to it perished walls, the suggestions of architect Vincent Callebaut, in particular, have stood out the most. 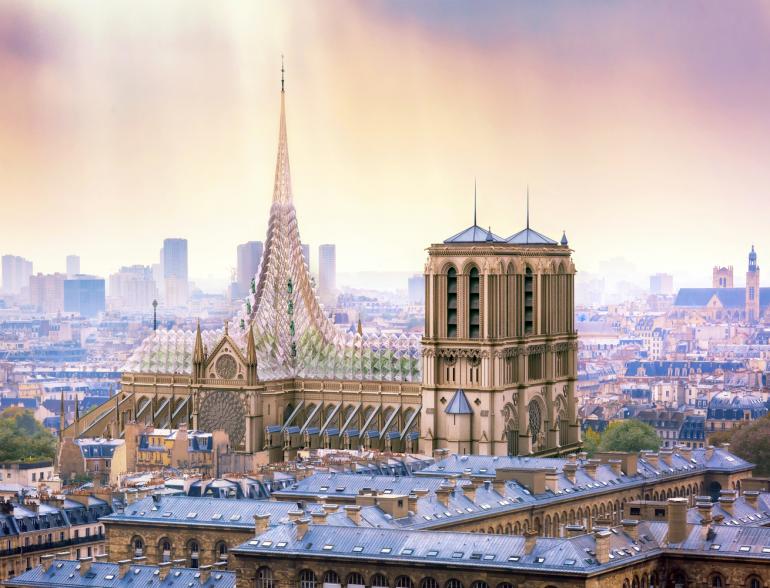 Inspired by biomimicry, Callebaut’s design aims to fuse together science, art, and spirituality and foster a fairer symbiotic relationship between humans and nature. As part of his novel proposal, the architect unites the cathedral’s nave, roof, and new spire while giving the building’s triangular section and pitched roofs a gradual vertical spire. The new elements are constructed with cross-laminated timber beams pre-stressed with carbon fiber slats along with a solid oak frame that seeks to reduce the use of materials in construction while also ensuring a low-carbon footprint. 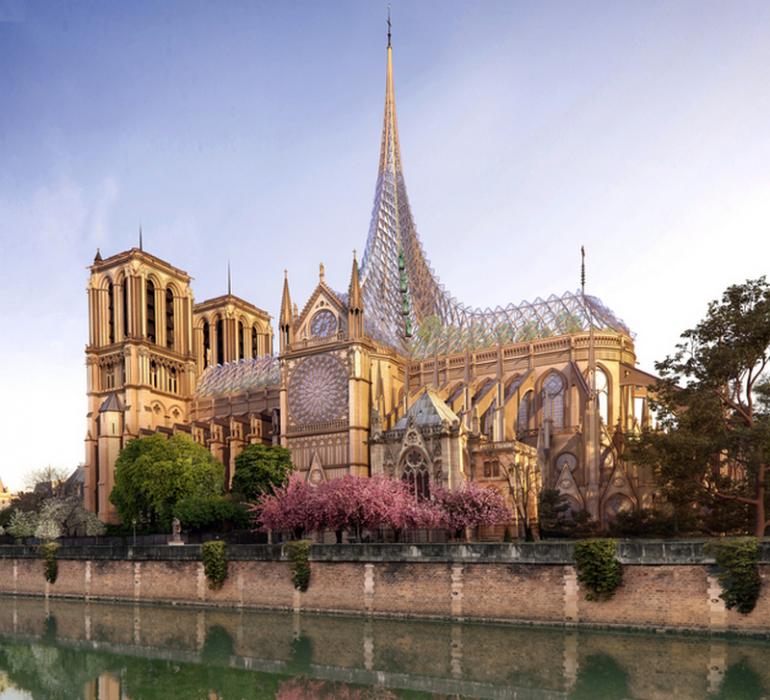 Commenting on his innovative design, Callebaut in a statement said, ‘transparency, sharing, and openness to our society’s development: such are the ideas conveyed by this new, diaphanous forest of Notre Dame, outlining the new face of the church in the 21st century’. He further added, ‘we advocate for an exemplary project in ecological engineering that feels true to its time and avoids a pastiche architecture that turns the city into an open-air museum,’ After all, the Notre Dame is due to rise to its prior majesty soon! 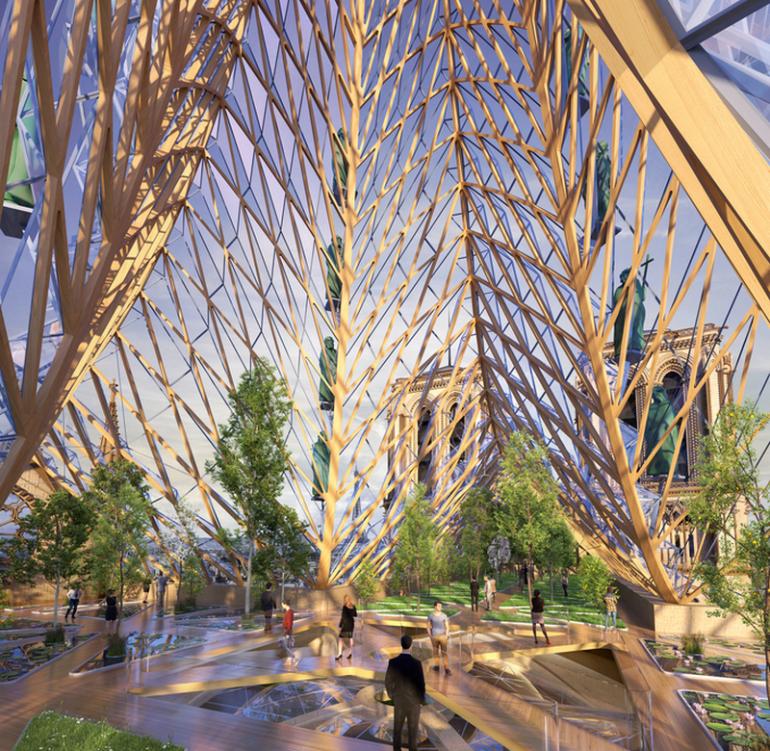