3D printing is crossing all borders and fast becoming a trend that will not only make things easily accessible to most but also make them so much more affordable, and this also includes housing. In China a company 3D printed an entire home for just $400 and not too far away in the 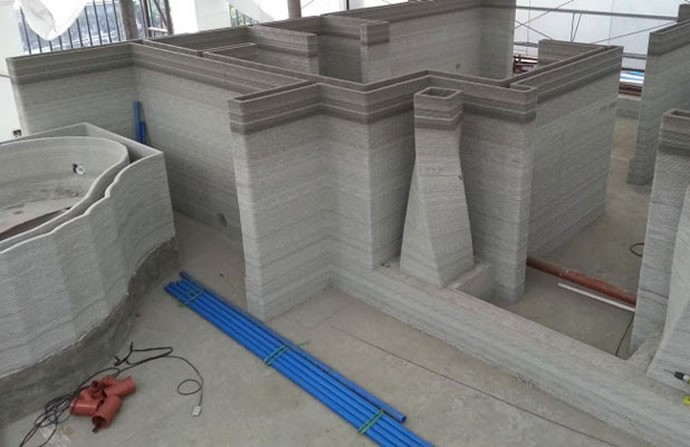 In what took just about 100 hours of printing, Lewis Yakich, the owner of the Lewis Grand Hotel, has expanded his property with a brand new suite. This is yet another first for the 3D printing trend and while it may not be as fascinating as printing an entire house, it is nonetheless a testament to the work that the technology has brought forth. The suite, or villa rather, is about 3 meters in heights and 130 sq. mts. overall which includes 2 bedrooms, bathrooms and a room for the 3D-printed concrete Jacuzzi.

The 100 hours of printing also includes the time taken to install plumbing, electricity etc. and all the testing that was required to ensure a fully functioning suite. Naturally the planning stages began months earlier as one can’t simply take a 3D rendering of a house and hit ‘Print’; the materials and mixtures had to be perfect. Lewis is also planning on taking things further after this project and aims to start printing a subdivision of 20 homes in the Philippines in the next couple of months. According to him, about 6 homes could be 3D printed and ready to be ‘lived-in” in a single week and would cost about 60% less than otherwise.

It’s a new era for the world and especially for 3D printing technology that could even help restore infrastructure, post natural disasters in affected areas, much quicker than ever before. The reach that this sometimes enigmatic technology is capable of providing is almost limitless.

Tags from the story
3D, Jacuzzi