Upstate Architect Frank Gehry, who is known to have carved out the most popular buildings in the world today, including Walt Disney Concert Hall in LA and the Guggenheim Museum in Bilbao, Spain, is out with a new mind-boggling creation. The Cleveland Clinic Lou Ruvo Center for Brain Health in Las Vegas is a stainless steel structure intended to stand out from what he called “the cacophony” of high-rise casinos and condos swarming the city. Frank Gehry and Larry Ruvo entered into this productive covenant of $74 million to attract a prestigious national medical research facility to study neurocognitive disorders such as Alzheimer’s, Parkinson’s, and ALS. They perceive the building as a fundraising tool to raise money for research.

The building resembles aluminum foil draped over a stack of white building blocks, and the windows in the skin are set at every angle. The building’s work had commenced in 2007, and the four-story inner block was completed and opened in 2008, housing Cleveland Clinic Offices. The building houses a non-profit organization called Keep Memory Alive that supports research and treatment. Gehry knows that not everyone will take a liking for his newest metallic masterpiece, but he doesn’t let criticism get on to him. 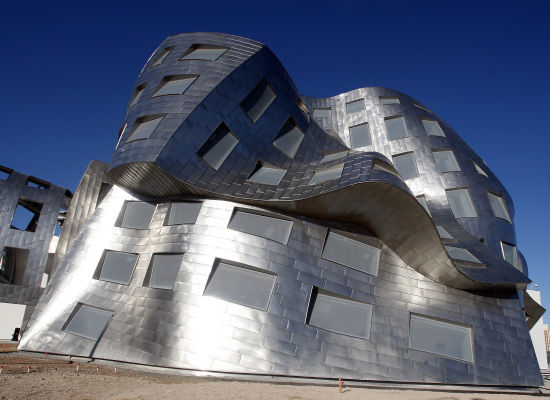 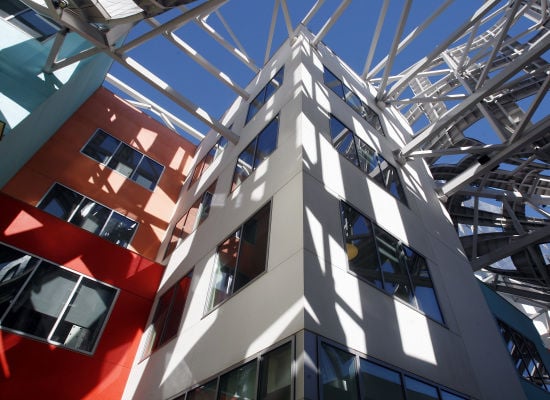 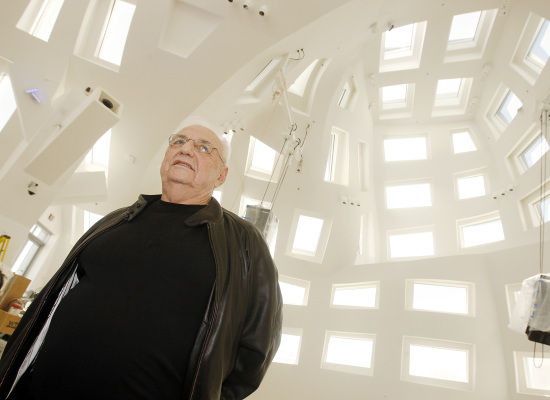