The war is on and this time it’s not about oil, gas, or money. It’s about who constructs the tallest building in the world. On one hand, you have the Burj Dubai, which is supposed to be over 800 meters; the actual height has not been disclosed and as they are in mid-construction, they may add on a bit to up the ante. The other hand sees the Burj Mubarak Al-Kabir coming up in the City of Silk or Madinat al-Hareer. This city outside a city is coming up in Kuwait. Burj Mubarak Al-Kabir will stand 1,001 meters (3,284 ft). Madinat Al-Hareer is an $86 billion dollar project built on a natural desert reservation of 2 square kilometers, a duty-free area, a new airport, plus a large business center, conference areas, environmental areas, athletic areas, and areas that concentrate on media, health, education, and industry are to be incorporated into the plans. The City of Silk will also include numerous tourist attractions, hotels, spas, and public gardens.

Burj Mubarak al-Kabir tower will take approximately 25 years to complete if it comes to fruition. The plan also includes a bridge that will eventually link Madinat Al-Hareer with Kuwait City, which sits across a bay from the planned location of Madinat Al-Hareer. The Burj Dubai is already taller than Taipei 101 and will be the tallest free standing structure ever when completed, that is till Burj Mubarak al-Kabir comes up. 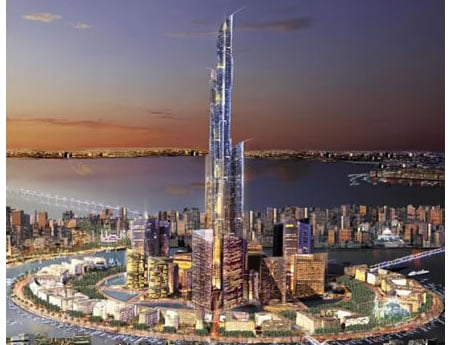 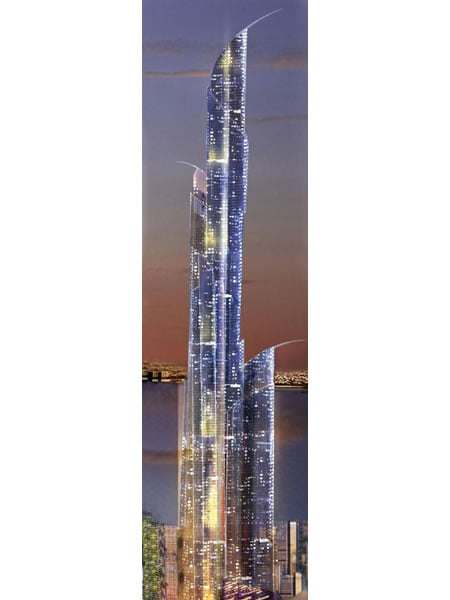 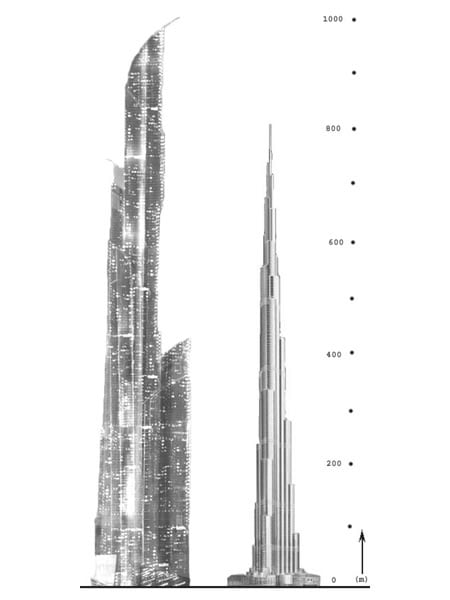