Architectural firm Populous recently unveiled the National Speed Skating Oval or ‘Ice Ribbon’ – a luminous stadium space created especially for the 2022 winter Olympics in Beijing. The building will stand as the only permanent venue for the games, which are set to begin on February 4, 2022. 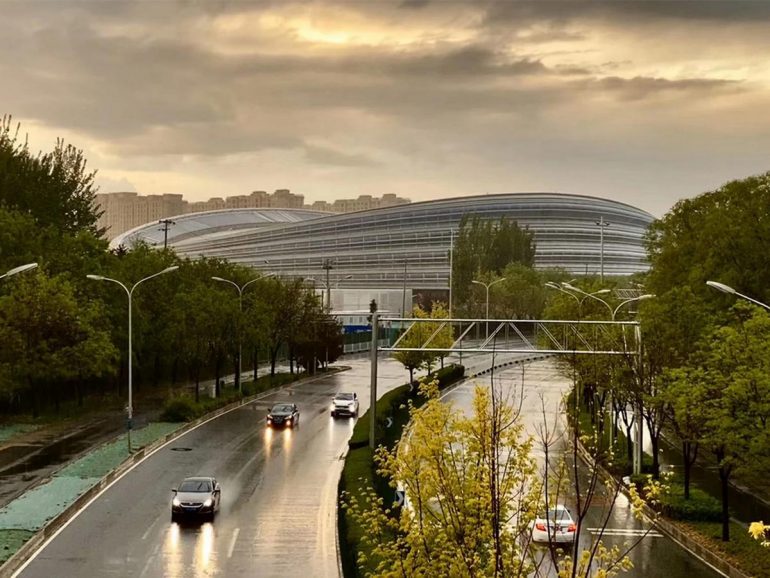 Consisting of 12,000 seats in total, the stadium named after its facade, which is made up of 22 massive, illuminated ribbons. No less than an architectural marvel, it will host speed skating events and will award fourteen gold medals. 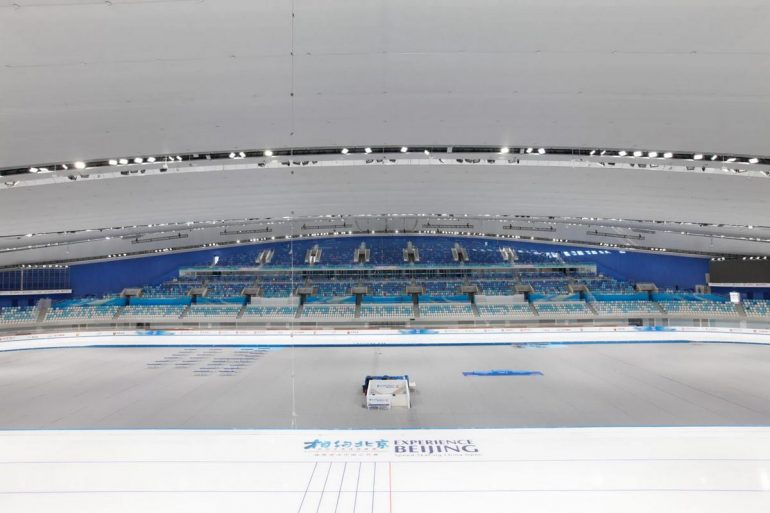 The building’s design was inspired by a traditional ice game played in Beijing, which involved a high-speed spinning ‘ice top.’ Remarking on it, Tiric Chang, principal of Populous China, said, “It (the ice game) guided the design team to boldly extend the concept of a high-speed rotating ice top to creating 22 rotating light bands for the façade, which not only represent the ice surface and the shape of the oval but also perfectly demonstrated the high-speed movement of speed skaters.” 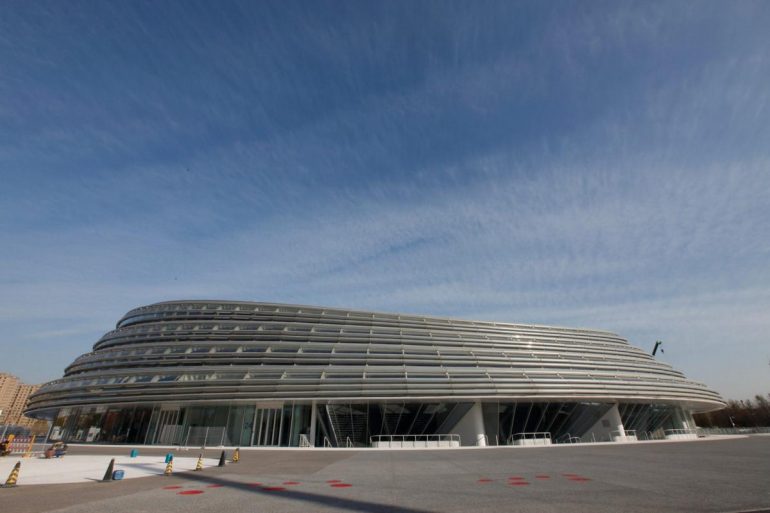 The ribbons of the design create a 33.8-meter-high cocoon around the arena and thereby offer a more immersive experience for spectators. They can further be programmed with dynamic lighting, which will illuminate the façade at night as well. 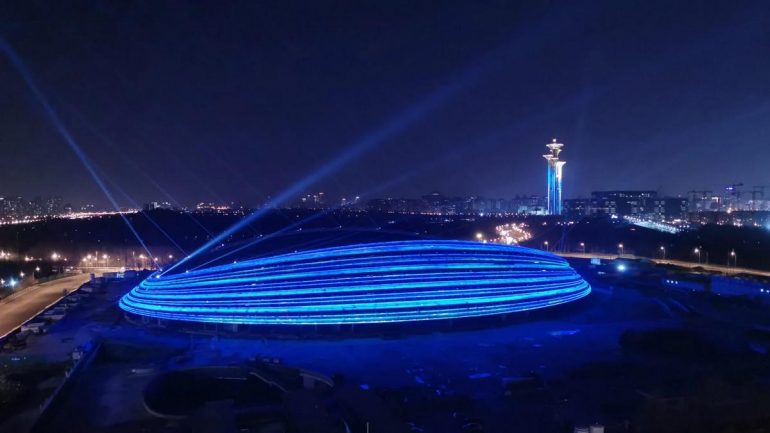 The venue further boasts top-end technology as well as an ice surface created using carbon dioxide trans-critical direct cooling, making it more energy-efficient than a traditional rink. Due to the novel system, the surface can achieve a temperature difference of fewer than 0.5 degrees, thus resulting in a faster and stronger track. 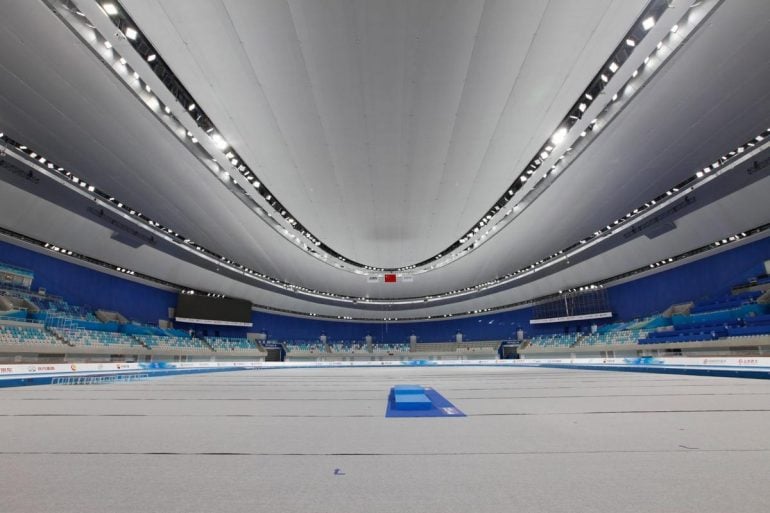 Further, the stadium’s seating is designed accurately to ensure that the movement and sound of the speed skating blades can be seen and heard from every seat. After the conclusion of the Olympics, the space can further be used to host winter festivals, public ice skating, ice hockey, or private ice-based shows and events, thus providing an avenue for long-term community building. 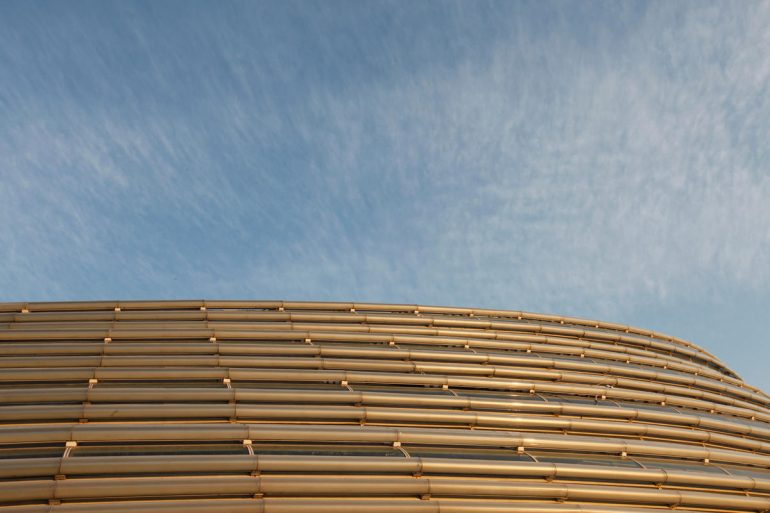 The design also won the National Speed Skating Oval (NSSO) in 2016. Commenting on it, Populous senior principal Andrew James noted, “The winning design for the Ice Ribbon was created in an intense time frame and was forged through several concepts and many iterations to develop a spinning concept into its final form.” 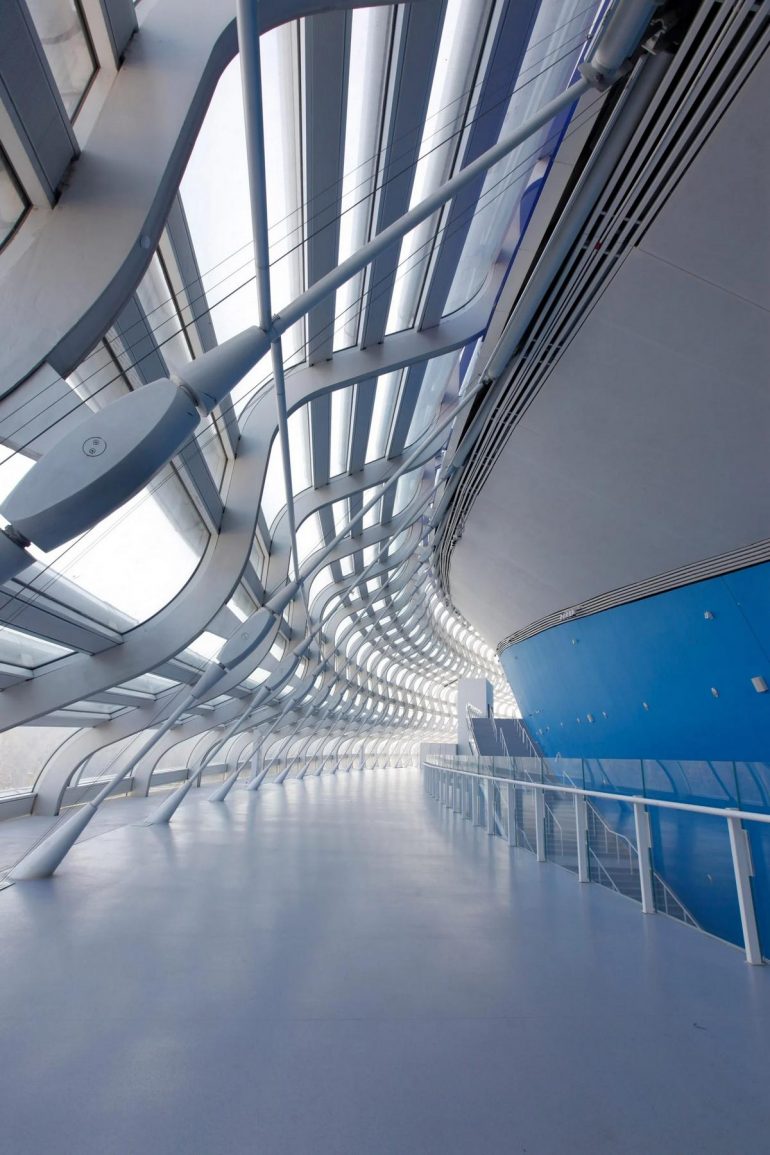 “It became a global effort with our team in Beijing, Brisbane, India, London, and America drawing on our experience from Oval Lingotto in Turin, Italy, and our design of Fisht Stadium in Russia, home of the 2014 Winter Olympic Games,” he further added. 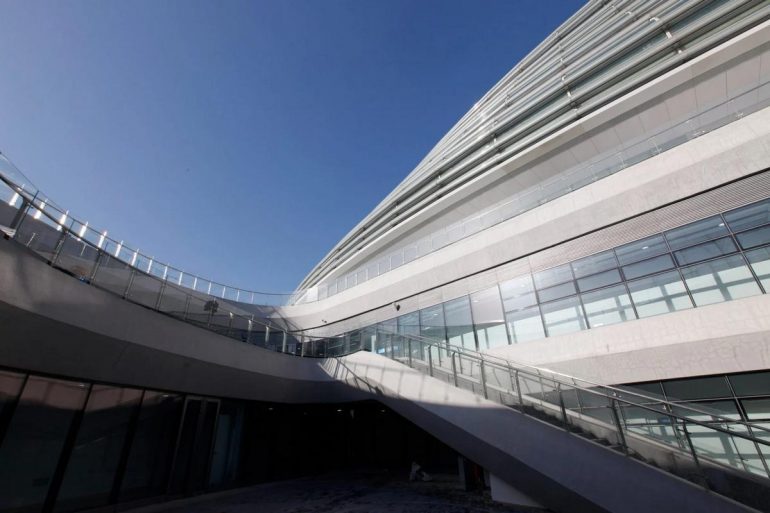 The Beijing 2022 Winter Olympics are scheduled to take place from February 4 to February 20, 2022.

Tags from the story
Beijing, Winter-Olympics