After designing movie sets, it’s time for the movie people to design a full-fledged city! At least that’s what in store for the new Skill City, a new satellite city on the outside of Bangalore, the IT hub of India. Developed and envisioned by Bollywood’s Sanjay Khan, the design layout for the 700-acre city draws its inspiration from a printed circuit board and Mandala symbolism. Designed by Lee Harris Pomeroy for the LHPA, this 49 million sq feet wide city will be developed as an ft sustainable Special Economic Zone (SEZ). The city will feature a technology campus, an office tower, a golf course, a residential community, and a 5 million sq ft grass-roofed mall.

The 70-storey is designed to resemble an intertwined ficus and banyan trees, while the campus will generate power locally through an in-built electricity generating plant. To satellite, the city will be located between Bangalore and Chikkaballapura. The city will also feature apartment towers near schools, parkland, a community center, and a medical center. 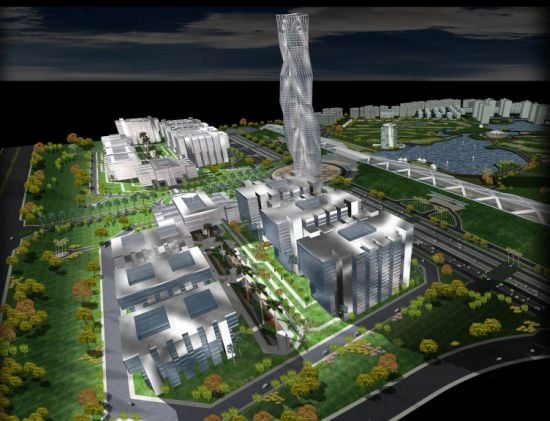 Tags from the story
India