France’s best kept wonder – the legendary Notre Dame Cathedral is up for renovation after suffering a catastrophic fire this year. And while several visionaries and artists are pitching ideas for reshaping it, a certain suggestion has stood most – that being of Eight Inc, the architecture studio behind the famed Apple Inc. Stores. 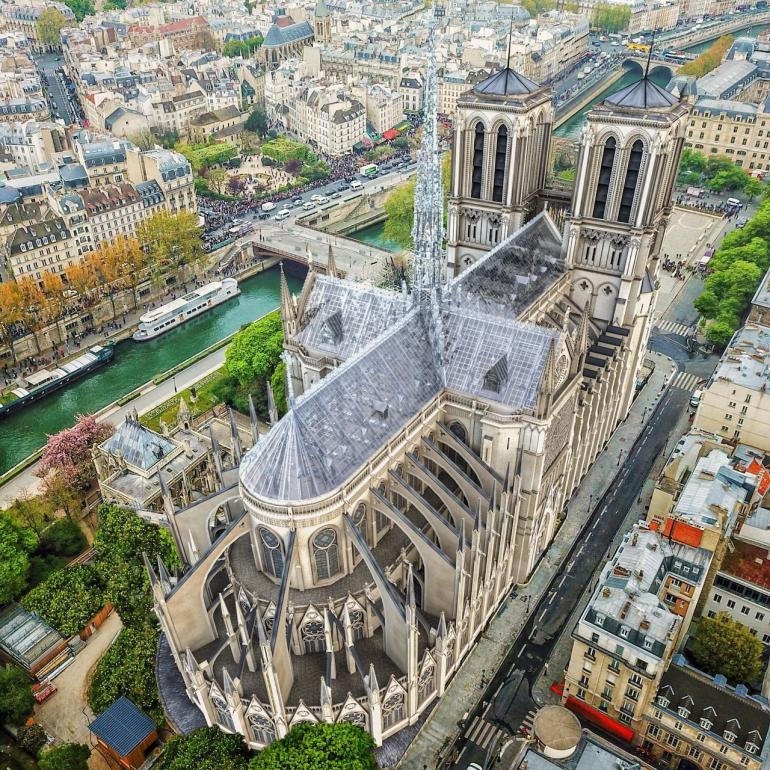 Instead of advising a re-built of the structure as it once stood, the architect behind Apple has as an alternative suggested to top the building with a glass roof complete with complimenting glass spires and saints. The ingenious design would make use of structural glass, rather than standard glass, which is said to have an almost “luminous” quality.

Commenting on the aesthetic aspect of the cathedral, Tim Kobe, chief executive of Eight Inc in a statement said, “I believe this definitive example of French gothic architecture requires deep respect and appreciation of the history and intent of the original design.” He further added, “It (the design) should not be about the ego of a new architectural expression but a solution to honor this historic structure.” 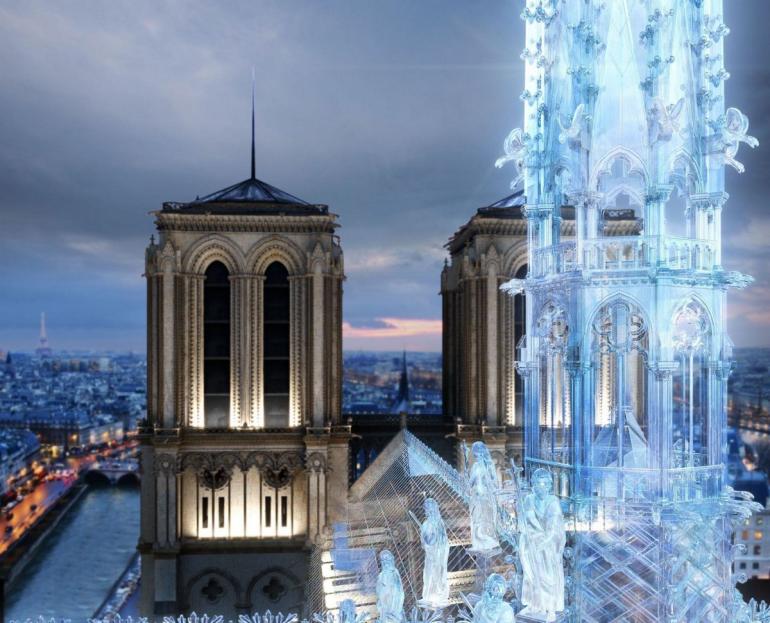 Given that the French Senate wants to restore the Notre-Dame to its exact original state, we aren’t sure if Eight Inc’s idea will ever come to fruition. Either way, the suggestion stills stands as one of the best given thus far!

Tags from the story
Apple, Paris