Multi-million dollar yachts, mega-mansions for homes, private jets, fleets of cars and more, these men and women had it all and were worth billions. But a series of bad decisions, bad luck and other factors made them loose it all and in a spectacular fashion, these 0.001% became the 99%. According to Siddusai Karn, these are the billionaires who went bankrupt and lost it all. 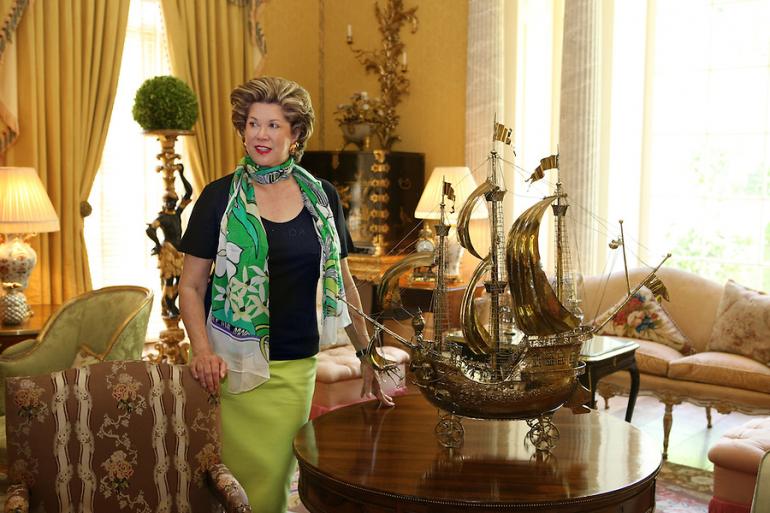 11. Patricia Kluge
Patricia Kluge was married to once the richest man in the world, John Kluge, who had a personal wealth of $5 billion in 1990. At the time of their divorce, Patricia was left with just $1 million in alumni, but she also received the lavish estate of Albemarle in the Virginia countryside. She took her chance and established the Kluge estate winery and vineyard.

Patricia also entered the real estate business by taking a loan of $65 million to build more than a dozen luxury houses, which later turned out to be her biggest mistake. The 2008 banking and housing crisis caused Patricia to default on her loans and was forced to sell her Albemarle estate along with her every valuable possession.

Her Kluge estate winery and vineyard was purchased by Donald Trump for $6 million. 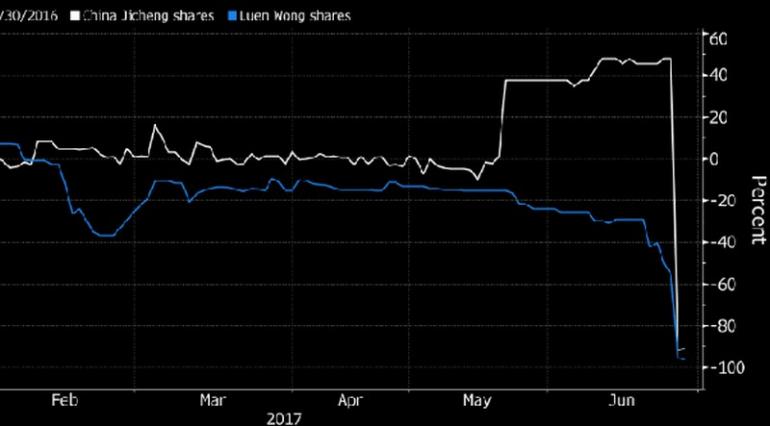 10. Huang Wenji
Huang Wenji is the chairman of the China Jicheng Holdings, a Hong Kong-based umbrella making company, 75% stake of which is owned by him and his wife Chen Jieyou. In a recent stock market dip, his company’s stock fell about 91% in just two days, tanking his $1.9 billion of personal wealth.

The high volatility of the Hong Kong share market caused other companies to lost billions in market cap. 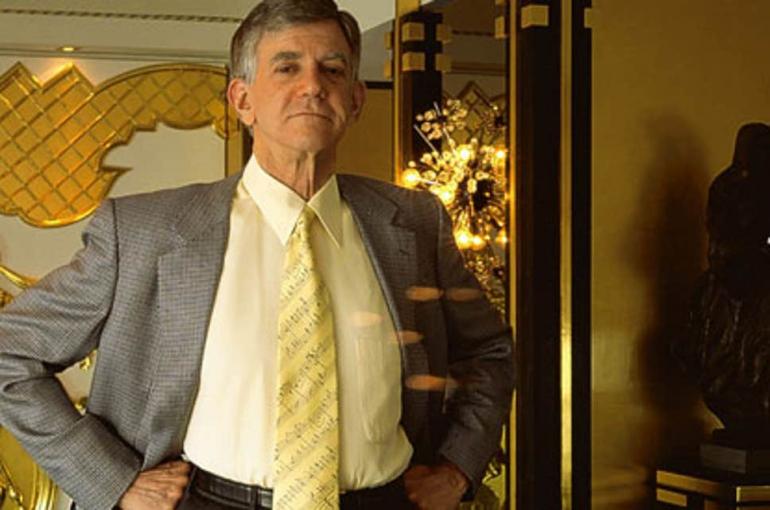 9. Alberto Vilar
Alberto Vilar is a former U.S based investment manager, who made billions through his investment company Amerindo Investment Advisors. Along with his business partner, Gary Tanaka, Vilar made a hefty profit over the years. At its height, Vilar’s company had an estimated net worth of $1 billion.

But in 2000, a violent stock market sell-off badly affected both his and his company’s financial status. Then in 2005, Villar and Tanaka were arrested on charges of securities fraud and in three years, both were convicted of money laundering, wire fraud, and stock fraud cases. Currently, he is serving a 10-year prison sentence. 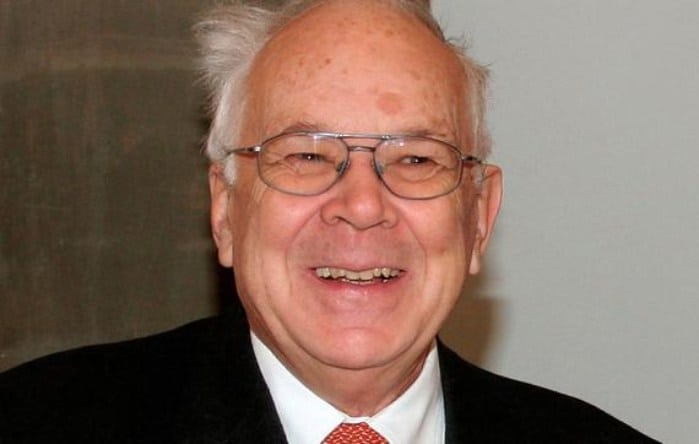 8. Adolf Merckle
Adolf Merckle was once one of Germany’s richest people with a personal wealth of around $12.8 billion. Like few others on this list, Merckle was also hit hard by the credit crisis of 2008 in which he lost about $3.6 billion. Despite the massive loss, he still remained one of the five richest men in Germany.

But by the end of 2008, his investment firm VEM faced a serious liquidity crisis and reported $6 billion dollars in losses. To make up for it, Merckle played a huge gamble by making a series of risky investments, which ultimately caused him more money. After losing almost everything, Merckle tragically ended his life by throwing himself in front of a train. 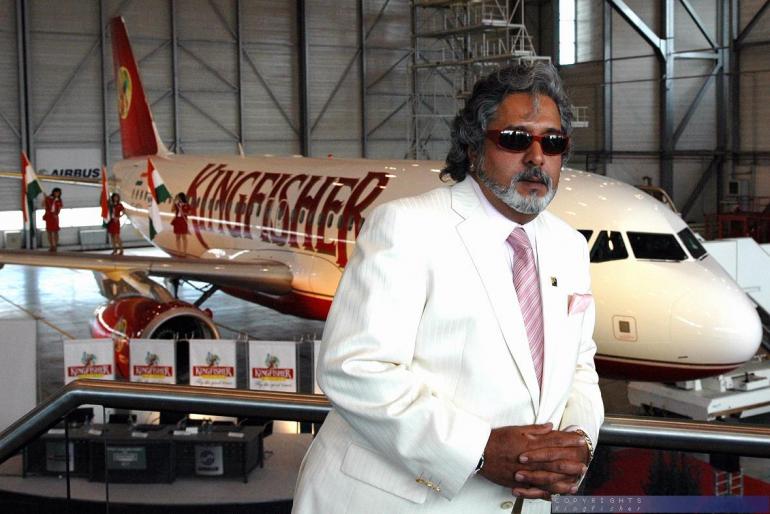 7. Vijay Mallya
Vijay Mallya is an Indian businessman and a former billionaire, who is currently a subject of extradition from U.K to India to face charges of massive financial fraud. Mallya, the “King of Good Times” became India’s richest liquor king after taking over his father’s mid-sized company at the age of 28. He turned that business into a multi-billion dollar firm, making a personal fortune of $1.5 billion.

His troubles began when the amount of debt started to pile on his Kingfisher Airlines. He soon lost his controlling interest in United spirits and was forced to step down as chairman. With millions of dollars in debt, Mallya fled India to seek refuge in the United Kingdom. From being a billionaire, Mallya quickly escalated down to a criminal. 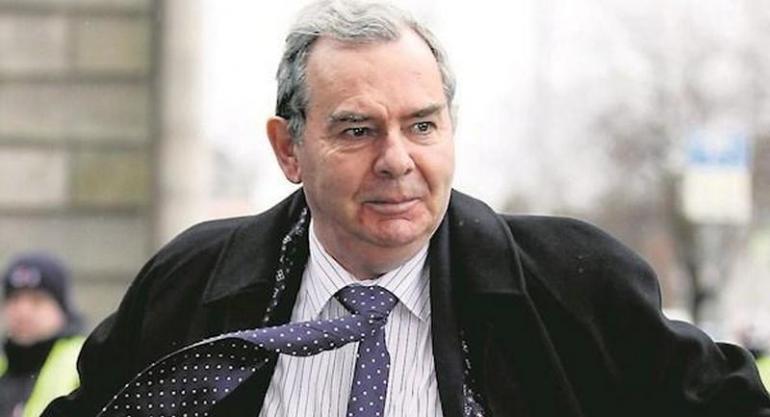 6. Seán Quinn
The recession of 2008 forced many companies out of business and wealthy persons to go bankrupt, and one of those people was Sean Quinn, who was once the richest person in Ireland with a net value of about $6 billion in 2005. With the help of his holding company Quinn Group, he purchased stakes in various multinational companies including Bupa Ireland and Anglo Irish Bank.

Soon after the financial crisis hit the Irish banking system, Sean Quinn lost almost all of his family wealth most of which is attributed to the drastic losses of the Anglo Irish bank. In 2008, one of his business Quinn insurance was fined a €3.25 million by Ireland’s Financial Regulator because of insider loans issued by Quinn insurance. 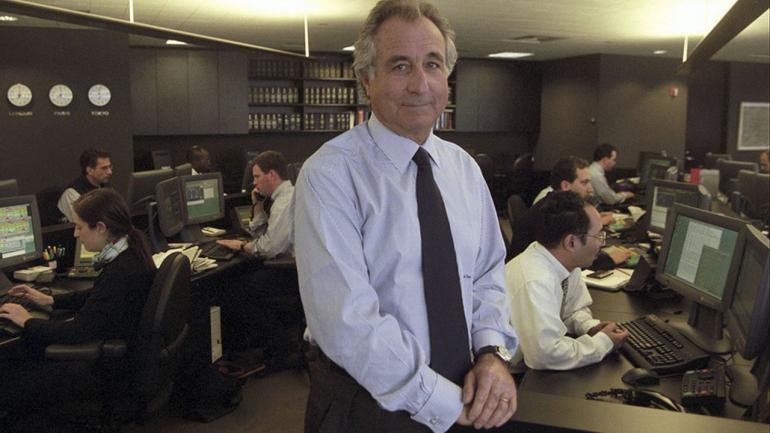 5. Bernard Madoff
Bernie Madoff was undoubtedly the modern king of Ponzi schemes. For more than 20 years until he was arrested in 2008, Bernie Madoff successfully defrauded thousands of investors of billions of dollars with his investment strategy called “split-strike conversion.” In his scheme, Madoff offered his clients high and steady return, which he actually managed by pooling all the funds in one bank account.

After his scheme failed during the financial crisis of 2008, as he was unable to attract more clients because of the minimum liquidity in the markets, Federal investigations uncovered a $64.8 billion of fraud. It was estimated that during his operational years, Madoff accumulated billions of dollars in personal wealth. 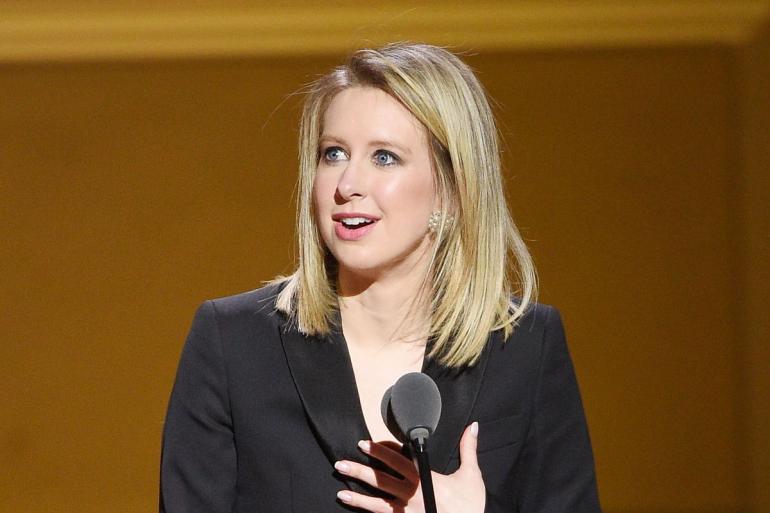 4. Elizabeth Holmes
Elizabeth Holmes, an American inventor and entrepreneur, became the youngest self-made female billionaire in 2015 after her health care technology company, Theranos reached $9 billion in valuation and made a hefty profit. Holmes became an instant celebrity with her name on TIME’s 100 most influential people of 2015.

But her time as a billionaire was cut short as federal investigations loomed over her company with allegations of potentially misleading its investors about their new, innovative blood testing technology. Following these allegations, her credibility and personal wealth both took a serious hit.

Forbes devalued her personal wealth to zero and Fortune titled Holmes as one of the “World’s Most Disappointing Leaders.” She was also banned from any position in her company for two years by the Centers for Medicare and Medicaid Services. 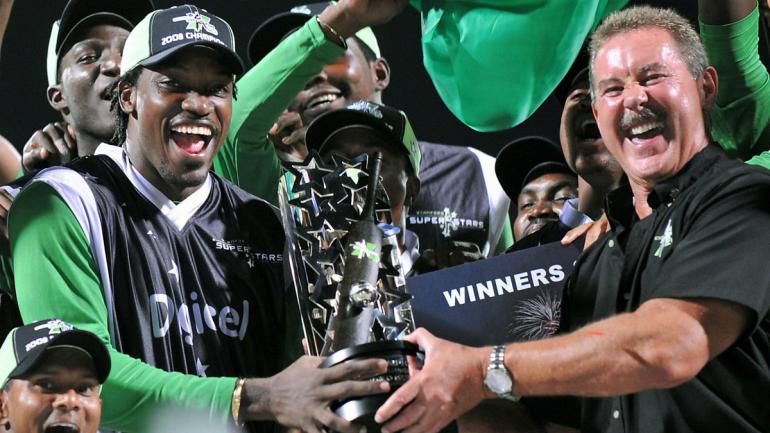 3. Allen Stanford
Robert Allen Stanford is a former billionaire financier, who is now serving a 110-year prison term since 2009 after being convicted in a massive financial fraud. He was the Chairman of now-defunct financial services company Stanford Financial Group. One of its subsidiaries, Stanford International Bank claimed it had around $8.5 billion in AUM (Asset under management) of at least 30,000 clients in over 136 different nations.

It all started in 2009, when SEC launched an investigation on Allen Stanford and his company and charged him on account of fraud for illegally selling $8 billion in high-yield certificates of deposit in a massive Ponzi scheme. He was finally arrested in June 2009, on counts of mail and wire fraud, money laundering obstruction of justice among other charges. 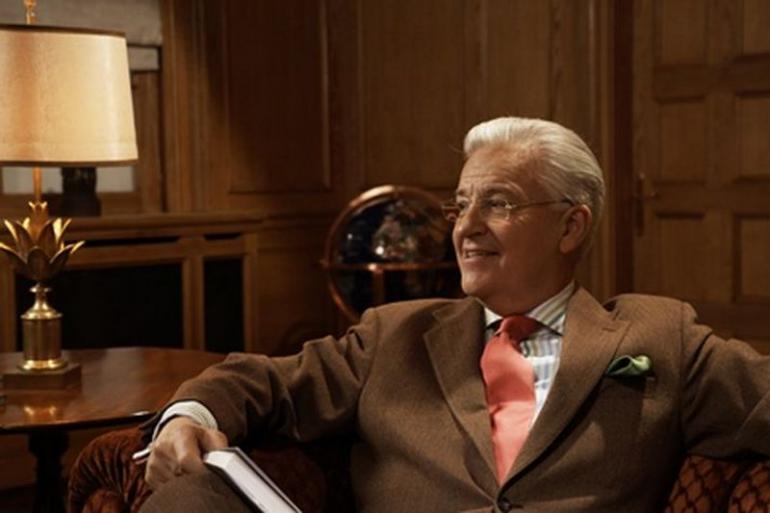 2. Bjorgolfur Gudmundsson
The banking crisis of 2007-2008 affected Iceland more than any nation in the world. It all started when all three major Icelandic banks default on their loans in late 2008, which ultimately caused a major economic and political unrest in Iceland for three years.

Bjorgolfur Gudmundsson, who was the second richest person in Iceland before the crisis, gained about 45% shares of Landsbanki, one of those three largest banks in 2002. According to Forbes in March 2008, Bjorgolfur was ranked 1,014 on the list of richest person worldwide, with a total wealth of $1.1 billion.

Following the outbreak of the financial crisis in the country, Bjorgolfur lost his Chairmanship of Landsbanki in 2008 and declared his personal bankruptcy a year later. In less than one year, his personal wealth went down from $1.1 billion to $0.

His son, on the other hand, Thor Bjorgolfsson, who also lost his entire wealth during the 2007-08 financial crisis, regained his billionaire status in 2015. Thor is Iceland’s only billionaire to date. 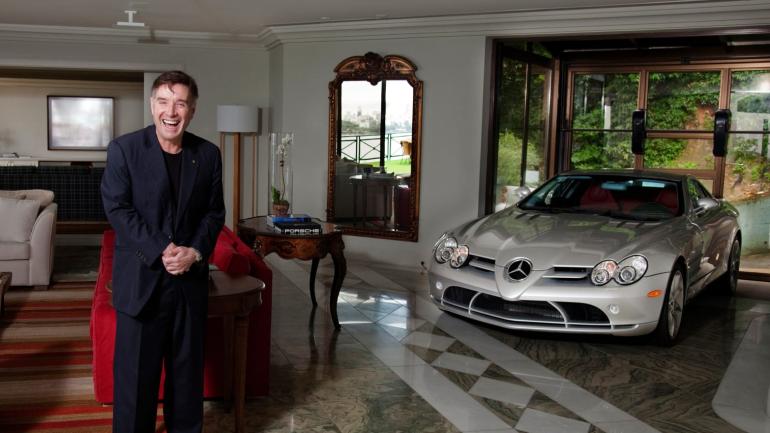 1. Eike Batista
Brazilian businessman Eike Batista made and then lost multi-billion dollar fortune in mining and oil exploration industry over the period of two decades. With $30 billion of personal wealth in 2011, Batista became the 8th richest person on Earth and the richest in Brazil. His demise as a billionaire began after a sudden crash in the mining industry and the collapse of one of his biggest companies OGX.

Two years later in 2013, Forbes reported that Eike Batista lost nearly $20 billion in just one year alone. A year later, due to his massive debt and continuously falling company stock, his personal wealth took a huge plunge from $200 million to negative wealth.