If you aren’t a Trump supporter, you have no business going to the newly opened 45 Wine & Whiskey Bar at Former President Donald Trump’s iconic Trump Towers. It’s good to know that something new and lively has opened up in the prestigious structure after dismal news of tenants not paying rents. The dues were sky-high as one tenant owed $665,000 in rent, and Ivanka’s shoemaker owed nothing less than $1.5M in rent. The newly opened bar is named after the man the world loves to hate and has a bevy of cocktails themed around the former President’s time in office. These drinks include a $45 cocktail, called the ‘Forty-Five’ which comes with a Diet Coke; almost like a tribute to the Diet-Coke crazy Trump.

Trump is obsessed with Diet Coke, and his employees master 7 step instructions on how to pour him the chilled beverage in addition to ensuring the drink is opened in front of him and placed at the right-hand side. The pricey Forty-Five cocktail contains Wyoming whiskey, demerara, and orange bitters and is served with a side of delicious beef sliders. The other drinks on the menu also clearly pay an ode to the 45th President of the United States and Melania. The menu includes drinks like “The West Wing,” “Rose Garden,” and ‘The FLOTUS’ around $25 to $29 each.
The Rose Garden cocktail brings back memories of the presidential historian Michael Beschloss who accused Melania of destroying history and eviscerating the White House Rose Garden. 45 Wine & Whiskey Bar took to Instagram to welcome guests to the place that’s nearly a shrine celebrating the man who owns the building. The post reads, ‘Welcome to 45 Wine & Whiskey—an exclusive bar located in Trump Tower featuring handcrafted cocktails, innovative bar fare, and iconic memorabilia celebrating our 45th President of the United States.’ 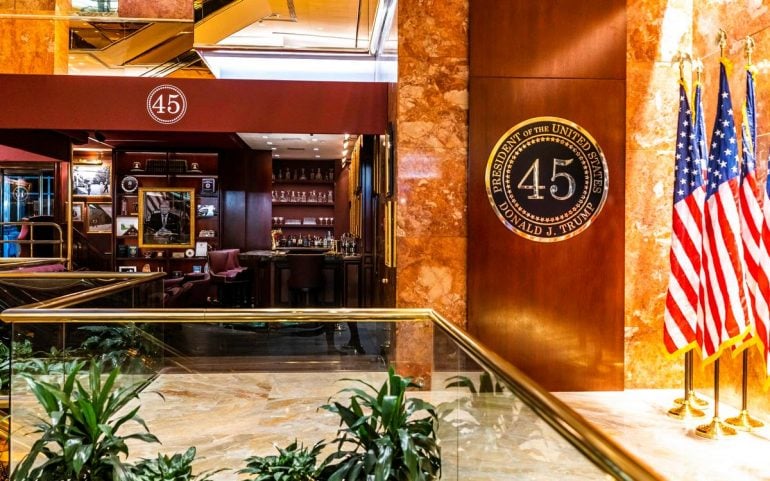 It isn’t clear yet who the bar owner is, but it’s inevitable they are a Trump supporter (could be Trump himself, now that the prized Trump International Hotel is nearly taken off his hands). Who could love Trump so much to plaster walls with his memorabilia and various portraits of Trump’s presidency, including a photo of him in the Situation Room as he watched U.S. forces kill former ISIS leader Abu Bakr al-Baghdadi in a raid mission? 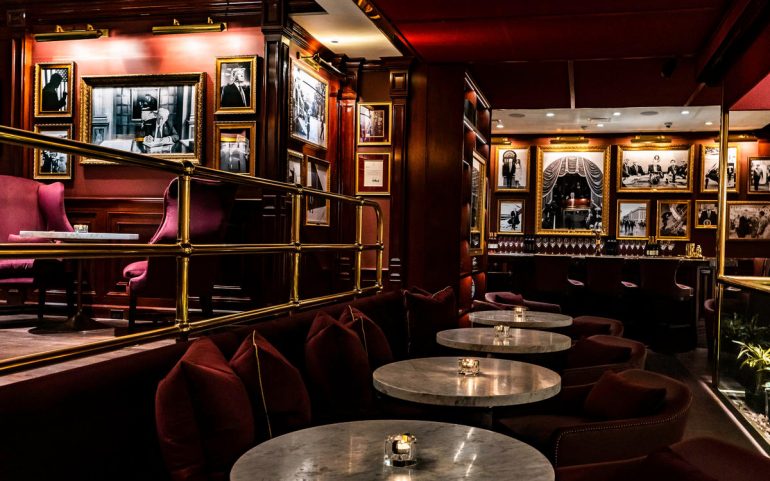