$2 million stuffed by 50 Cents in a car trunk! Confused? I, too, cannot understand why someone would want to fill up all that money in the boot of a Lamborghini Murcielago? The renowned American rapper, 50 Cents, has released a video of him stashing almost $2 million in his new Lambo. What message does he intend to put across? That his new car is fitted with a safety-vault? Or has he earned so much wealth that he has to shove part of it in the trunk of his cars? No, I think the rapper is just trying to grab attention by resorting to a million-dollar trick and capturing it on video. You failed to amuse us, Mr. 50 Cents! 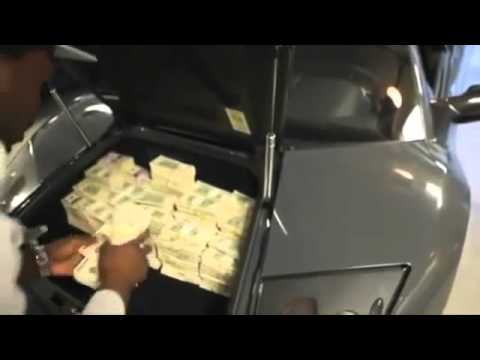 Tags from the story
Lamborghini-Murcielago