Clothes made out of food is not a novel concept, and those made from meat can be downright repulsive. But with Halloween around the corner, gross is good! And this year Meatpacking District steakhouse Old Homestead is inspired by designer Franc Fernandez’s idea is all set to sell its 85-pound, $100,000 steak-frock. And what brought this tacky idea to their mind? In the words of the owner, much to grouse of the model waitress says, “Well, we saw Lady Gaga on the VMA Awards, and it was very tacky. In fact, the designer Franc Fernandez put no thought into it. And I want it to be just not a cheap skirt steak. I wanted it to be something a cut above.” 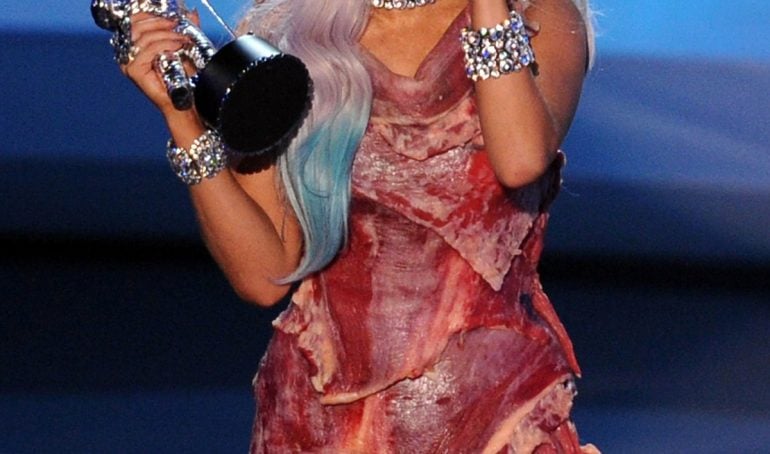 Tags from the story
Dress, Lady-Gaga