23-year old British heiress Petra Ecclestone’s new home ‘The Manor‘ certainly got everyone gripped when she spent a fortune on it last year. She’s now stuffed the house with ridiculously expensive and absurd things that she camouflages by calling it to taste. The $85 million Holmby Hills mansion’s interior furnishings took about 500 workers and nine weeks to complete. Her home done up in a “masculine and boudoir” taste hosts a score of expensive things that sets her off as “just five off the Royal Collection.” It hosts Portraits by Sir Anthony van Dyck, Sir Godfrey Kneller, and Sir Peter Lely. A sculpture by Marc Quinn of twin Pamela Andersons in bikinis, a giant fish tank, a night club-Esque makeover for the basement, a spa with massage parlor, three hair stations, two mani-pedi chairs, a Mickey Mouse doll that Ecclestone had since birth, and a Coat of Arms are among the prized possessions.

READ:  Madonna's Material Girl gown along with other memorabilia are on sale at Dubai

The house also hosts a Union Jack for the flagpole, caretakers, housekeepers, an assistant, several bodyguards, and a butler named Rodney, who just helps around the house. Also parked in the garage is a white Range Rover with inscribed ‘Petra’ on it, a black Range Rover with “stunt” on the grill, a white Ferrari, a white Rolls Royce Ghost, a black Lamborghini, and a black Rolls Royce. Petra’s sister and reality star Tamara who also lives an opulent lifestyle like her sister, recently renovated her £60 million home in Kingston. 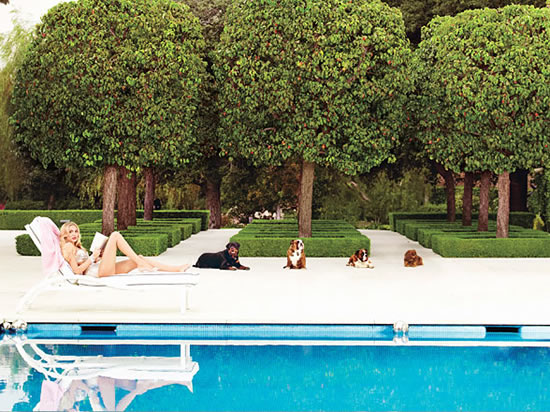 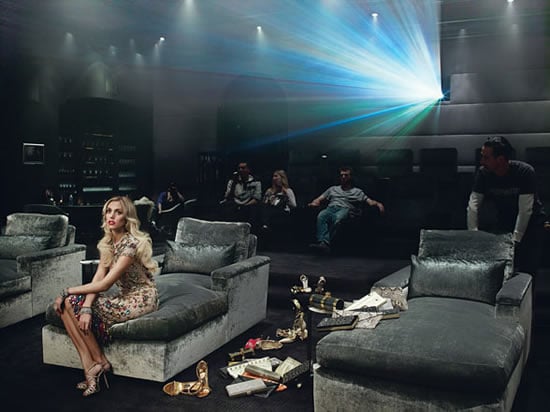