Ariana Grande recently got inked and while that should be a joyous occasion, it turned out to be nothing short of horrendous for the singing sensation. In celebrating her new hit single- 7 rings, Grande got the title tattooed on her right palm in Japanese. However, it turns out that instead of meaning what it was supposed to, the final inking translated to ‘BBQ Grill’, much to the entertainment of social media!

i’ll give y’all a million to get off my nuts https://t.co/7yMyP0eHtt

Not one to be disarmed easily, Grande also went in for a correction after consulting with a Japanese translator/tutor, but as luck would have it, the so-called alteration turned out to be yet another disaster. The final and current tattoo on the singer’s palm reads ‘Japanese BBQ Finger’, which in all honestly is worse than the former blunder of ‘BBQ Grill’. And as anticipated, social media turned on the troll machine rather heavily on Grande with many making hilarious memes on her grilled fingers! 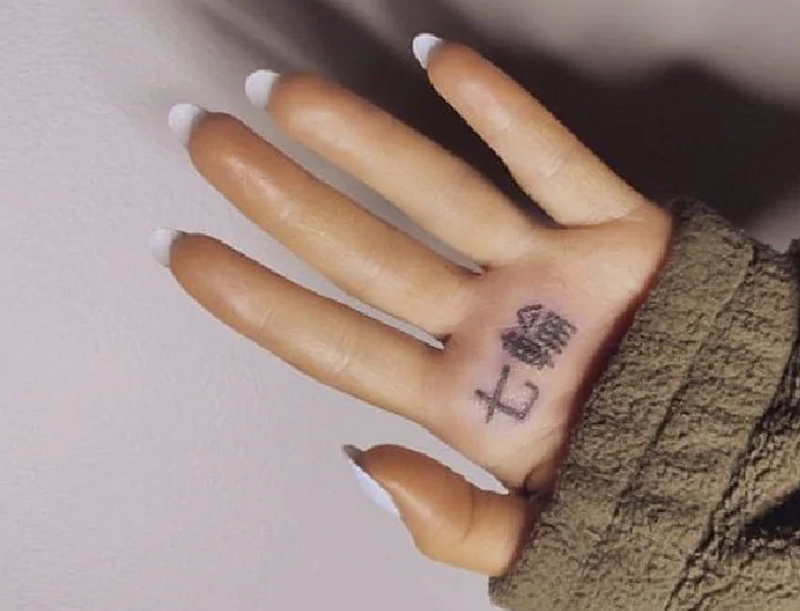 Offering her some sort of respite though is a laser removal company called LaserAway that is providing Grande $1.5 million to remove the tattoo in return for one social media post per month about the company. Denying the offer smugly on behalf of the star, Ariana’s manager Scooter Braun stated, “I can’t speak for Ariana as we have not received this letter, however, if they are willing to send me the offer, I’m sure I’d be happy to get a tattoo and then remove it real quick … for $1.5 million. Hopefully, we can make this deal before her album comes out next week – shameless plug.” Well, talk about the woes of getting inked!

Tags from the story
Tattoo