Arnold Schwarzenegger has recently come under severe criticism for employing a double standard over the critical issue of climate change. The Hollywood star has been a vocal activist of climate action and even was outspoken about US President Donald Trump’s decision to abolish Obama-era environmental regulations. He called it “backward thinking” and “un-American”. However, the former governor of California was recently spotted driving an Austrian-origin, six-wheel-drive, all-terrain military vehicle called the Pinzgauer. Reportedly, the 72-year-old bodybuilder-turned-actor drove the tank-like SUV to the Brentwood Country Mart in Santa Monica, Calif., to run errands. He was spotted “having a bit of trouble getting back into his Pinzgauer all-terrain vehicle,” Page Six reported Tuesday. 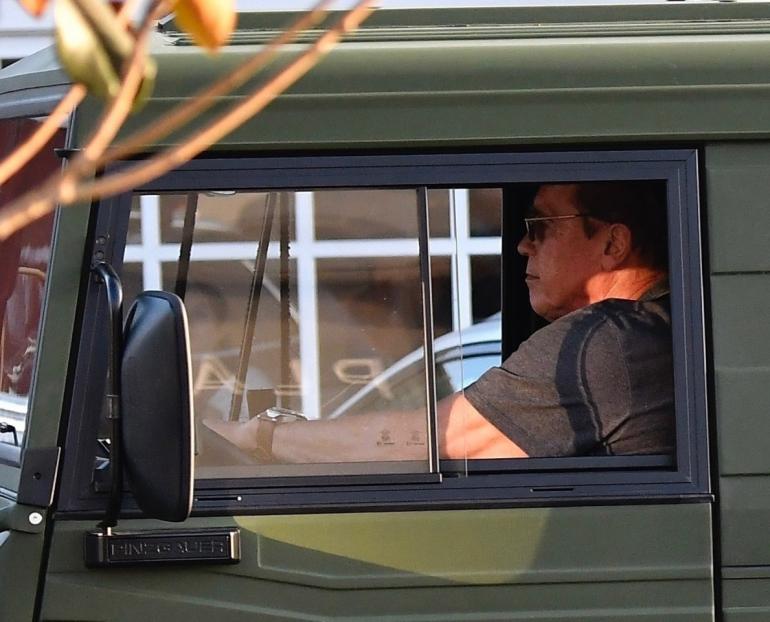 Pinzgauers start at $18,000 and can cost up to $70,000 depending on the model. The massive 6WD military vehicle has a payload capacity of 2.5 tones and doesn’t qualify as an eco-friendly vehicle by any standard. The pictures went viral on the internet in no time with social media users ridiculing Schwarzenegger’s hypocritical behavior. This comes days after his widely publicized bike ride with 16-year-old climate change activist Greta Thunberg. He took to Twitter to write: “It was fantastic to see my friend and one of my heroes @GretaThunberg last week and go on a bike ride around Santa Monica together and I was so pumped to introduce her to my daughter Christina. Keep inspiring, Greta!” Arnold Schwarzenegger is known for his love for big, gas-guzzling cars and his collection includes various Hummers, an M47 Patton Tank, a Mercedes-Benz Unimog and an Ex-Military Dodge M37.

Tags from the story
Military