The Trump family is keeping scribes busy as they are perpetually up to something. The family continues to be one of the most talked-about families on the planet even without the White House as their residence. Today the spotlight is on Donald Trump Jr., the former president’s eldest son and top surrogate. His name is popping everywhere owing to his $500 Cameo videos where the former president’s son is using the app to further his family’s political agenda. The 43-year-old said, “Guys, Donald Trump Jr here, really excited about being on Cameo, look forward to communicating with you guys. Also really look forward to helping my friend, Benghazi survivor Mark Geist raise some money for his incredible charity The Shadow Warriors project. ‘Getting K-9s in the hands of vets that need them. Looking forward to doing all that and speaking to you guys real soon. It’s good to be here.” The executive vice president of the Trump Organization describes himself as a ‘Father, Patriot, Outdoorsman, Political Commentator and #1 NYT Bestselling author’ on his Cameo profile. 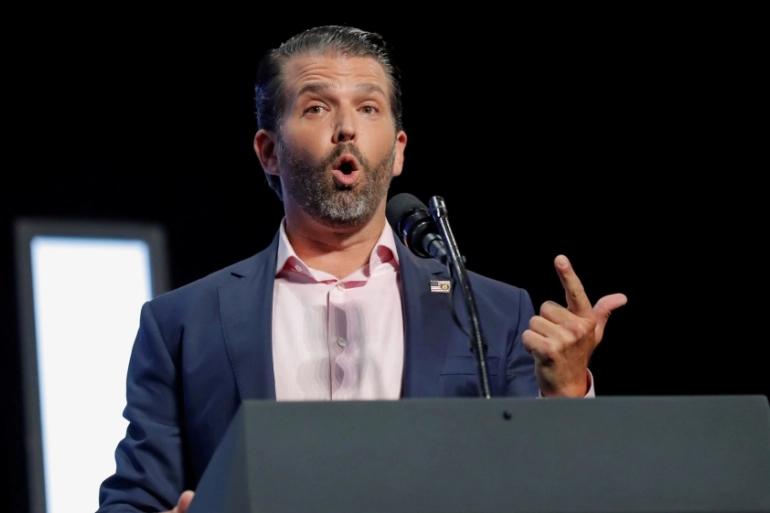 Fans of the Trump family who want a piece of their mind, in particular, Trump Jr. need to cough up at least $500 for the messages. Last heard Don Jr is also offering direct messages for $19.99, according to his profile. His page indicates that “a portion” of the proceeds from his videos benefit the Shadow Warriors Project. It remains unclear what percentage of the video proceeds go to the non-profit group. Post Donald Trump’s Twitter debacle, Trump Jr. has continued to aggressively defend his father and attack, Democrats, on social media, cable news, and the propaganda continues on Cameo now.