Started with the humble intention of a online bookstore Amazon has now transformed into a name that is synonymous with online shopping across the globe. What we know now as ‘Amazon’ was the brainchild of Jeff Bezos a visionary and an early believer in the explosion of the Internet, Bezos now owns Whole Foods, a rocket company, AWS and many others. According to Miracle Edee on Quora, here are 46 interesting lesser known facts on Jeff Bezos.

Jeff Bezos once flipped burger at McDonald’s and he is building a clock that will keep time for 10, 000 years.

Here are 46 facts about Jeff Bezos and his company Amazon.

2. When Jeff Bezos was born, his mother was only a teenager (17) and her marriage to Jeff’s father lasted for less than a year. Miguel Bezos, Jeff’s stepfather, married his mother when Jeff was only 4 years old. Miguel adopted Jeff when he got married to his mother, whose surname was then changed to Bezos.

4. At the age of 3, he desperately wanted to sleep in a bed, not a crib. So he used a screwdriver to take the crib apart in the hopes of sleeping in a real bed.

5. Bezos biological father Ted Jorgensen was a high-wire unicyclist who owns a bicycle store in Arizona and only in 2013 he was acquainted with the fact that his son is one of the world’s most successful entrepreneurs!

6. When he was five years old, Bezos saw the Apollo 11 landing and decided he wanted to be an astronaut. His parents felt he had become too bookish at the age of eight and enrolled him in various team sports like baseball and football. He was appointed the defensive captain of his football team since he could easily remember all the plays of his team members. 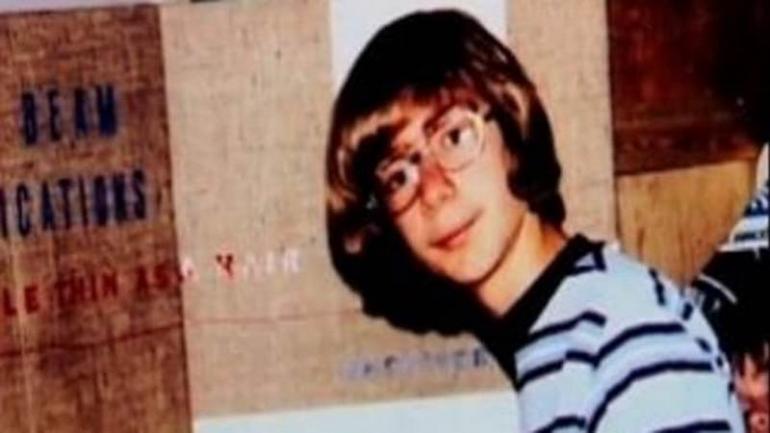 7. As a child, Jeff Bezos had a craze for science. He set up a science laboratory in his parent’s garage where he used to come up with new science projects. One of his early science inventions was an electric alarm which he use to keep Christina Bezos and Mark Bezos, his half siblings, out of his room. The electric alarm worked as a security system for him. 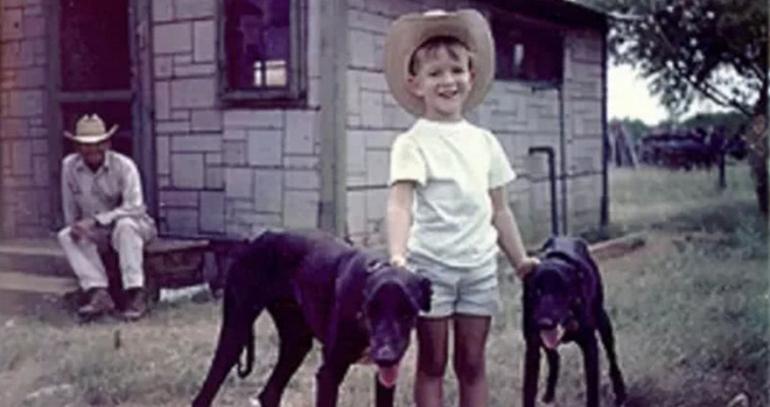 8. Bezos learned business skills from his grandfather. He says “I spent all my summers on his ranch from age four to 16 and he was incrediblelf-reliant,” . Bezos grandfather who he calls ‘Pop’ fixed his machinery, did his own veterinary work. “He would take on major projects that he didn’t know how to do and then figure out how to do them,” says Bezos. One summer, the two built a house from scratch and he also recalled helping his grandfather fix a broken bulldozer.

9. While in high school, he worked at McDonald’s as a short-order line cook during the breakfast shift.

10. 18-year-old Bezos, in a Miami Herald interview, in 1982, after he was named high school class valedictorian, had said “he wanted to build space hotels, amusement parks and colonies for 2 million or 3 million people who would be in orbit. ‘The whole idea is to preserve the earth’… The goal was to be able to evacuate humans. The planet would become a park.” 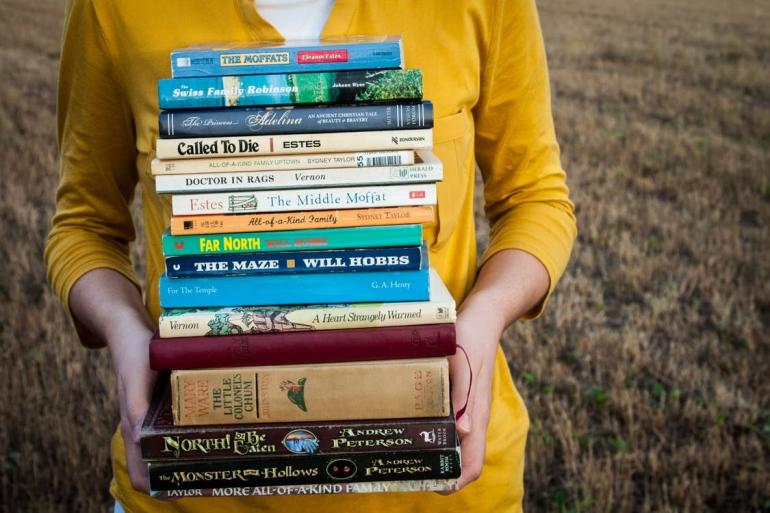 11. Bezos started his first business venture in high school “The Dream Institute” , an educational summer camp for fourth, fifth and sixth graders, which he started with his girlfriend Ursula ” Uschi” Werner, while still in high school. The 10-day camp had six students in attendance, each paid $600 to attend. DREAM stood for “Directed Reasoning Methods,” and attendees learned about science and literature. The reading list included, among other works, David Copperfield, Gulliver’s Travels, and The Lord of the Rings.

12. He graduated from Princeton with a major in computer science and electrical engineering

13. After he graduated in 1986, he turned down job offers at Intel, Bell Labs, and Andersen Consulting, among others. 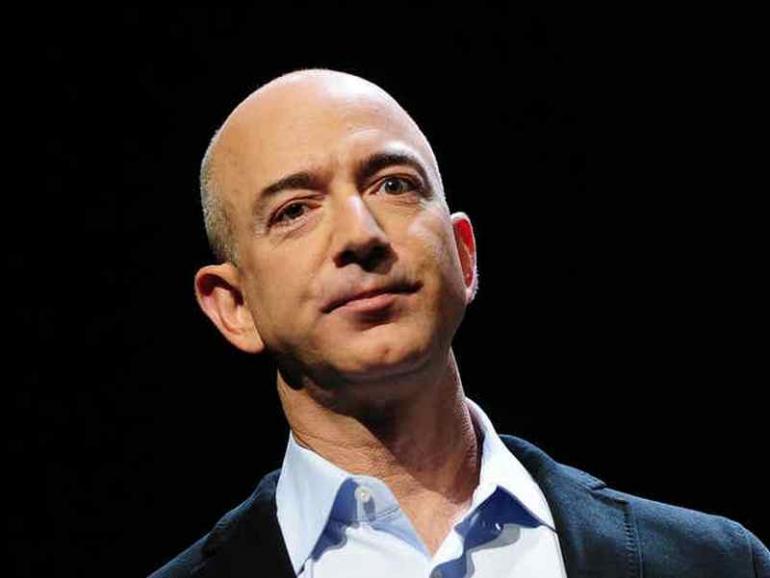 14. He first worked at Fitel, a fintech telecommunications start-up, where he was tasked with building a network for international trade which required him to travel weekly between new York and London.

15. He was soon promoted to head of development and director of customer service .

16. He transitioned into the banking industry when he became a product manager at Bankers Trust; he worked there from 1988 to 1990.

18. He use to ask friends to set him up on blind dates on one criterion ” I wanted a woman a woman who could get me out of a Third World Prison”.

19. Bezos quit his job to start Amazon because of a report, he says “I came across the fact that Web usage was growing at 2,300 percent per year. I’d never seen or heard of anything that grew that fast, and the idea of building an online bookstore with millions of titles–was very exciting to me,”.

20. He follows a “Regret Minimization Framework” principle in life. He believes no person can avoid regret but it can be reduced if the decisions are made with the predilection of life when they are old.

21. He began making a list of 20 possible product categories to sell online and finally decided on books.

22. He left his job, flew to Texas on Independence Day Weekend in 1994, picked up a 1988 Chevy Blazer and drove to Seattle, to set up shop there. While Mackenzie drove, He wrote out his business plan. 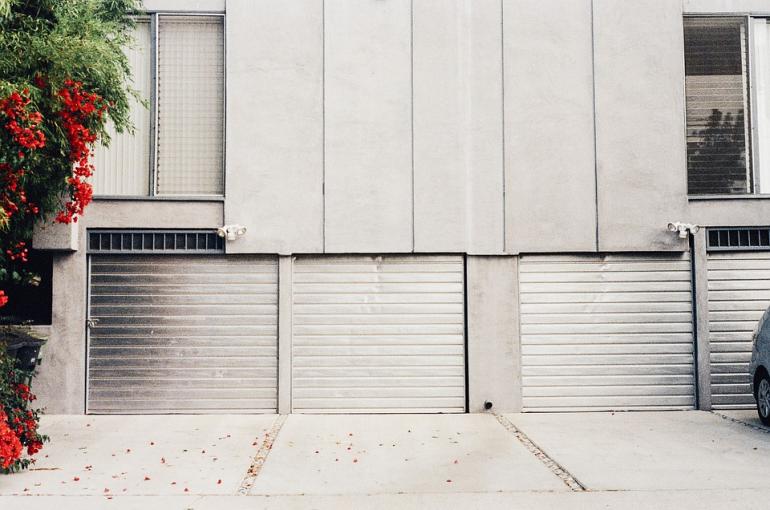 23. Amazon began in the garage of founder Jeff Bezos’ home in Bellevue, Wash.

24. “Amazon” wasn’t the company’s original name. When Bezos thought of opening an online bookstore, he registered a domain “Online Shopping for Electronics, Apparel, Computers, Books, DVDs & more,” but when his friends told him that it sounded “sinister,” he decided on the name “Cadabra” as in “abracadabra”, he changed the name when his lawyer misheard the word as “cadaver.”

25. Bezos instead named the business after the river reportedly for two reasons. One, to suggest scale (Online Shopping for Electronics, Apparel, Computers, Books, DVDs & more launched with the tagline “Earth’s biggest book store”) and two, back then website listings were often alphabetical.

26. In the early days of Amazon, a bell would ring in the office every time someone made a purchase, and everyone would gather around to see if they knew the customer. However, after a few weeks the purchases happened so frequently that they had to stop this ritual. 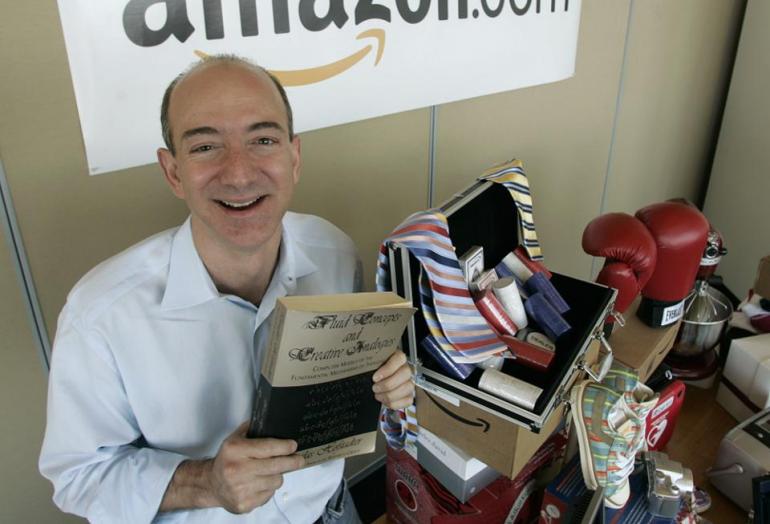 27. In Amazon early days, Bezos helped deliver books to customers, built his employees’ desks by hand from discarded doors and old lumber, as well as supplied the workplace’s electricity from cables he strung from the house to the garage office, economizing wherever and whenever possible to ensure he had enough money to keep the fledgling business afloat. 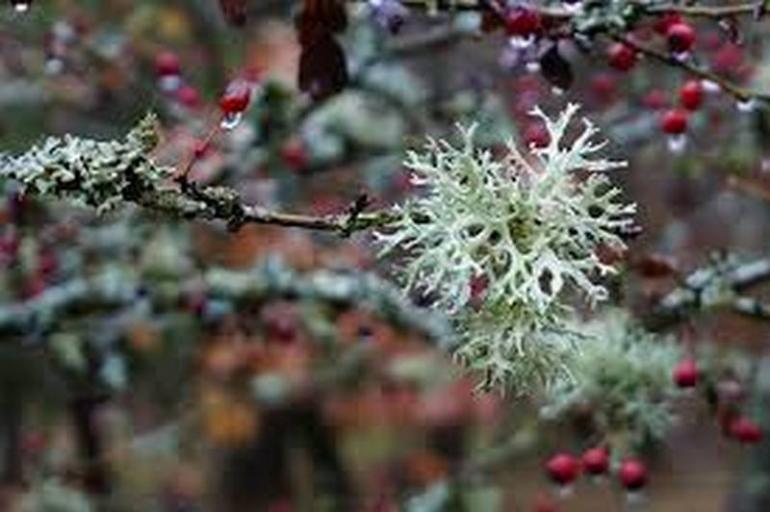 28. An obscure book about lichens saved Amazon from going bankrupt. Book distributors required retailers to order ten books at a time, and Amazon didn’t need that much inventory yet (or have that much money).

So, the team discovered a loophole. Although the distributors required that Amazon ordered 10 books, the company didn’t need to receive that many. So, they would order one book they needed, and nine copies of an obscure lichen book, which was always out of stock. 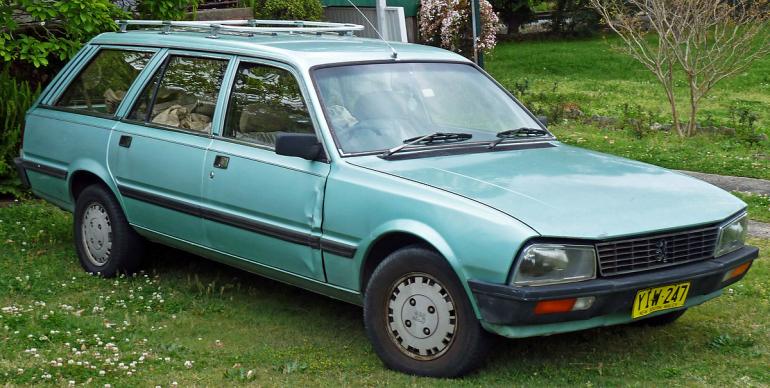 29. Jeff Bezos expected employees to work 60 hour weeks, at least. The idea of work-life balance didn’t exist. One early employee worked so tirelessly over 8 months – biking back and forth from work in the very early morning and very late night – that he completely forgot about the blue station wagon that he’d parked near his apartment. 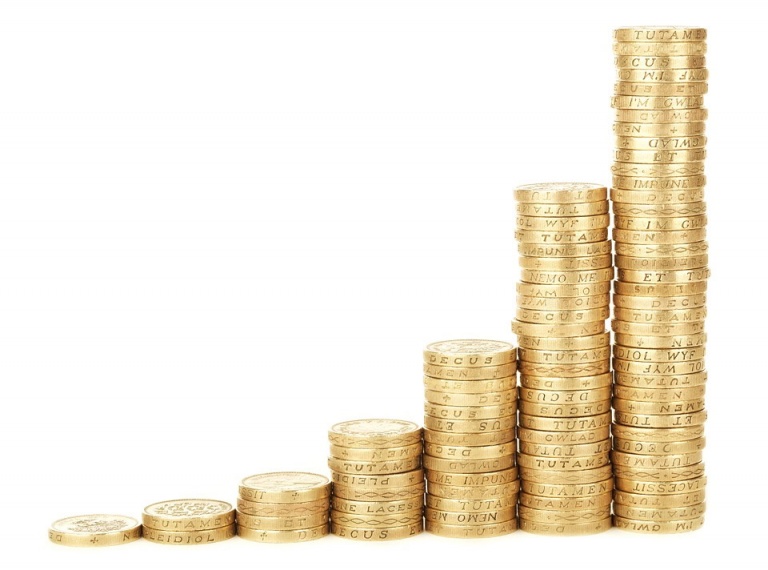 31. Bezos business plan did not account for profit in the first four to five years. Amazon started in 1994, turned it’s first profit – a modest $5 million on revenues of $1 billion dollars – only in the fourth quarter of 2001.

32. After going public with Amazon, Bezos raised 54 million US dollars from its IPO in 1997, becoming a millionaire. In 1998, he invested 250 thousand US dollars in Google becoming one of the first shareholders of the mega company. Just a year later, he had a net worth of 10.1 billion US dollars and was included in the Forbes The World’s Billionaires list.

33. In 1997, Barnes & Noble sued Amazon alleging that the slogan they used then “Earth’s Largest Bookstore” was false. However, the two settled out of court and Amazon continued to use this slogan.

34. In 1998 the company was dramatically under-staffed for the Christmas holiday season rush. Every employee had to take a graveyard shift in the fulfillment centers to meet demand with many bringing their friends and family in to help too. 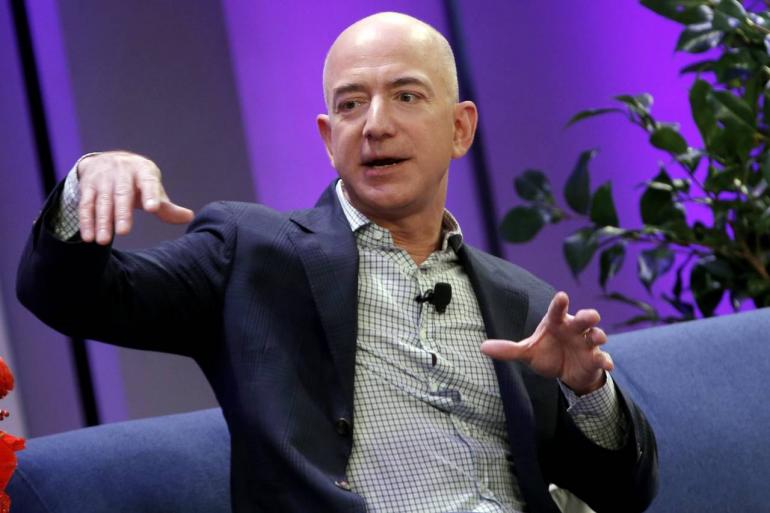 35. Bezos is a tough boss and famous for his outbursts on his employees and colleagues. Some of his vicious responses include,”Are you lazy or just incompetent?”, “I’m sorry, did I take my stupid pills today?”, “Do I need to go down and get the certificate that says I’m CEO of the company to get you to stop challenging me on this?”, [After reviewing the annual plan from the supply chain team] “I guess supply chain isn’t doing anything interesting next year.”, [After reading a start-of-meeting memo] “This document was clearly written by the B team. Can someone get me the A team document? I don’t want to waste my time with the B team document.”, [After an engineer’s presentation] “Why are you wasting my life?”

36. A handful of former Amazon employees have gone on to found blockbuster companies of their own, including Jason Kilar, the founder of Hulu and Vessel, and Charlie Cheever, the creator of Quora. 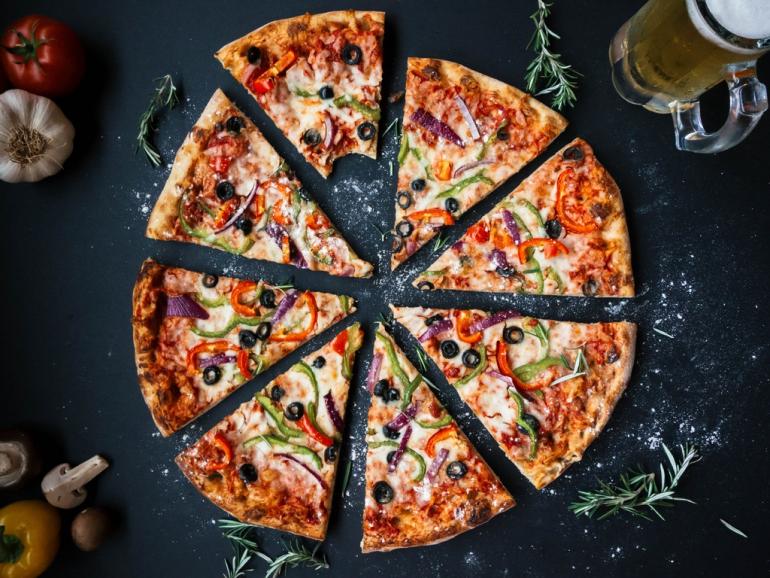 37. Jeff developed the concept of “two-pizza teams” at the beginning of 2002. Bezos claimed that workers had to be organized into groups of no more than ten people. It is the number of people who could share two pizzas, which would be enough for a snack. He believed that such a team could carry out duties autonomously. Groups had to set clear objectives, with the possibility of measuring intermediate results. Amazon workers have different opinions about that strategy. Thus, while some employees enjoy working in “two-pizza teams” and claim about an increase in productivity, others hate this strategy and call it “stressful”.

38. Jeff and Mackenzie Bezos have three sons, and a daughter whom they adopted from China. Their oldest son was the last of his classmates to get a smartphone.

39. Bezos has had two near death experiences. The first was in 2001, when he was in Seattle during a harrowing 6.9 magnitude earthquake. He was nearly crushed by a tungsten ball weighing 20 pounds. He had to crawl under a table to get out of its way. The next near death experience was in 2003, when he was in a helicopter crash. As the story goes, the helicopter he boarded near Alpine, Texas took off, hit a strong air current, and crashed soon thereafter. Bezos suffered only a few cuts and bruises, but the experience was scary enough that he more or less avoids getting into helicopters anymore

40. Jeff Bezos is famous for his laugh. Although, according to a former colleague the laugh “can grate after a while”. Well, he might be laughing at you instead of with you! 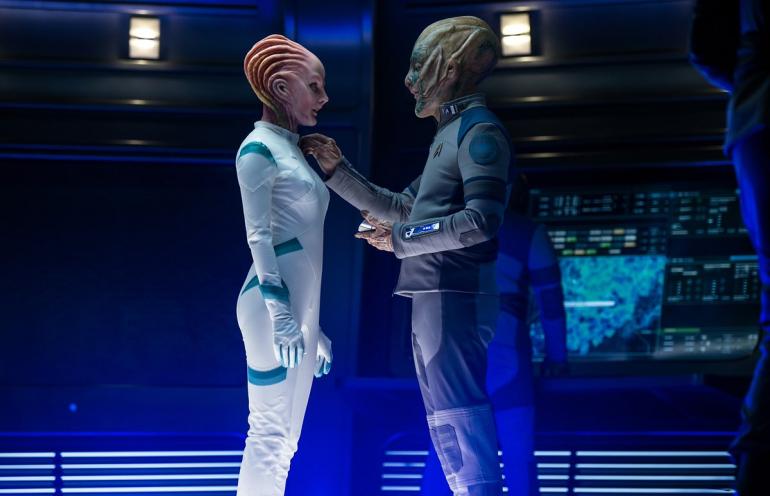 42. Bezos played an alien Starfleet official in the movie Star Trek Beyond in 2016. In The Simpsons, he gave his voice for his animated character. 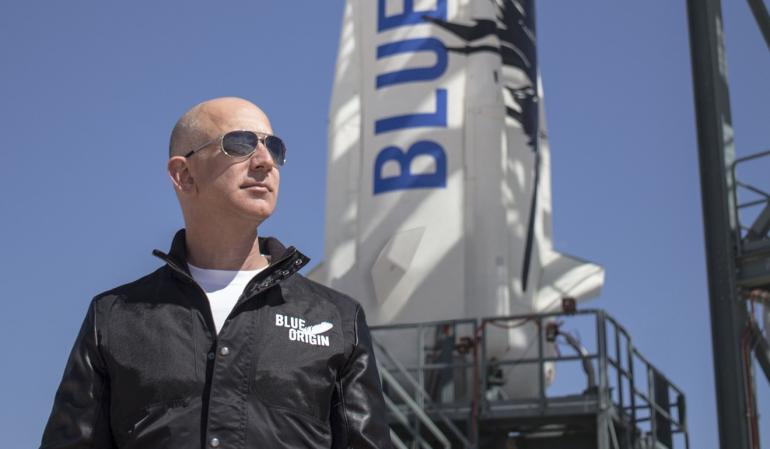 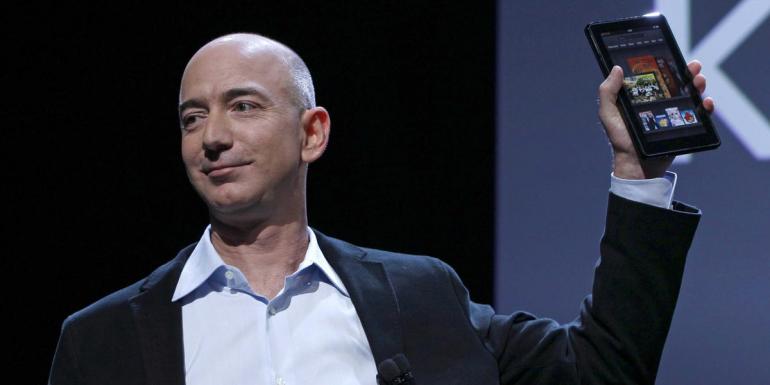 44. For three years in a row, Jeff Bezos appeared in Fortune’s “Fifty Great Leaders of the World.” He is the first “centi-billionaire” on the Forbes wealth index and was named “the richest man in modern history” in July 2018.

45. Bezos is worth $119 billiondespite being paid an annual salary of just $81,840, less than what most US representatives take home.

46. Bezos is building a clock that will last for 10, 000 years. Also called the “Clock Of The Long Now” , it would cost $42 million. The aim of building aclock designed to work for 10millennia, Bezos says, is to encourage long-term thinking