The word ‘trump’ is defined as surpass, overcome, or beat. Trump never, ever means beaten. And being beaten means you need to change things around and trudge on. While the philosophy in this seems far too heavy for casual reading, the one person who embodies this word clearly has his vision set on overcoming a setback he didn’t anticipate. Former President of the United States of America, Donald Trump is many things, but he is no quitter. His ambitions were even prophesized by The Simpsons, which is why it is baffling that the name he held this dear – the one he painted the tallest glittering towers with and the most luxurious airplanes with – is seeming about to be replaced with… a number.

Like most erstwhile presidents, there came a moment for Trump to christen his official website, and you wouldn’t have to be a pundit to guess that he’d have his name in the URL. But no. His official website will be here-forth known as 45Office.com. Even his PAC website can now be accessed at SaveAmerica45.com and his old tweets lay inscribed on the walls of @WhiteHouse45. If you’re waking up from a 5-year coma, then we’d dutifully inform you that the number holds dear to the man since he was the 45th POTUS and had his profile banned on Twitter for inciting agitation. So, it would be quite natural for him to pick an alias (like many trash posting GenZs on Twitter), but a number? 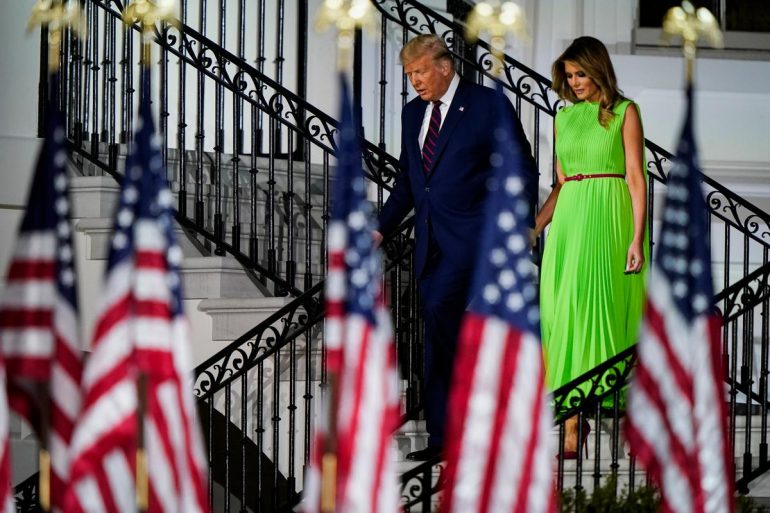 What’s poetically beautiful about this prospective masterstroke in branding is the truth in it. Trump will undeniably be the 45th President of the USA. Nothing contests it and nothing will change it. Both, critics and fans will agree on this one, divine truth, that turned a new page on history in a time when the world dived into a health emergency like never before. Moreover, calling oneself ‘the 45th’ has a superhero ring to it. It’s out-worldly and cannot catch on among lesser people. It’s an entitled accolade and a badge that will separate the politician from the businessman.