Actor George Clooney and Amal Alamuddin are happily married, and even more so as they get immortalized into a character from “The Simpsons.” Italian artist AleXsandro Palombo known for creating fashion-based animated cartoons has now turned the newly wed couple into characters from the yellow-skinned dysfunctional family we have spent the last quarter century with.

The cheeky animations titled “Amore” showcase the 36-year-old bride as yellow Springfield resident wearing different outfits she wore during her wedding weekend, including the Oscar de la Renta French lace wedding dress, the cream Stella McCartney pantsuit and hat that the British lawyer wore to her civil ceremony as well as the red dress that she wore for her bachelorette party. 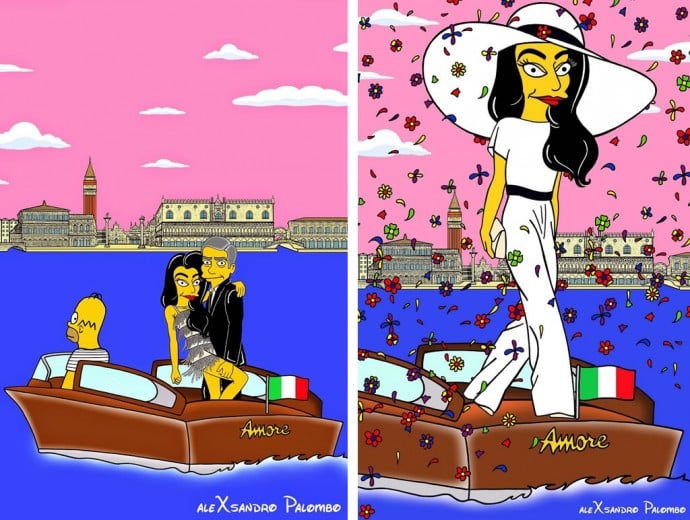 The contemporary artist has rendered through illustrations the various moments that the had couple spent at the Venice’s Grand Canal after their much publicized wedding last weekend.

Here is the “Simpsonized” exclusive tour of George Clooney and Amal Alamuddin in Venice:

Tags from the story
wedding