If poetry interests you as much as rock n roll, here’s your chance to own a historic piece of both. Coming to you straight from the trove of Elvis Presley is an annotated copy of The Prophet by Lebanese American poet Kahlil Gibran. 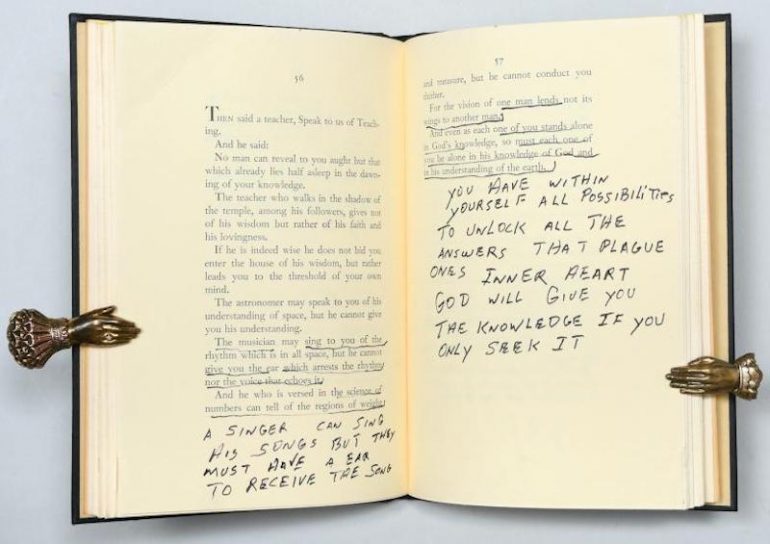 It is being offered as part of the summer catalog from London’s Peter Harrington and is the first-ever copy of its kind to be auctioned in the UK. Consisting of a volume of twenty-six prose poems, it includes annotations by Presley. It is said to have been presented by him to Ed Parker, founder of American Kenpo Karate, a modernized martial arts system. 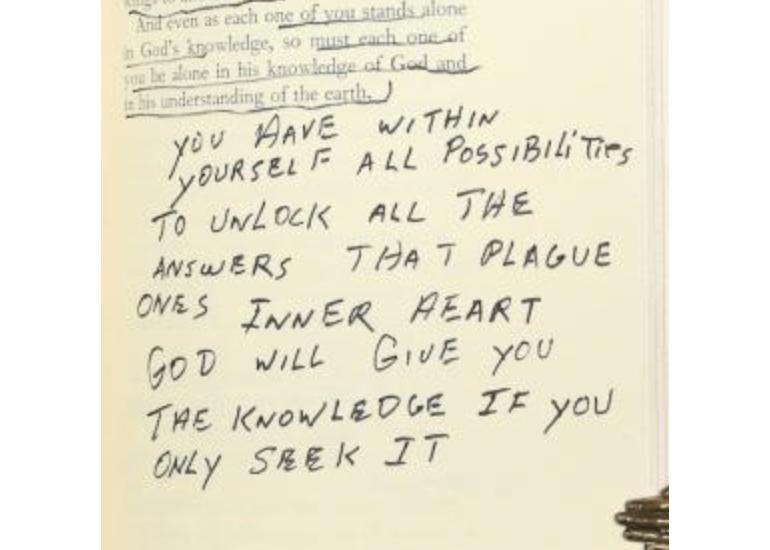 Commenting on it, Pom Harrington, owner of Peter Harrington, in a statement, said, “The Prophet made a deep and lasting impact on Elvis, and he read it so often that he memorized it. Elvis annotated a few copies of The Prophet over the course of his career, which he presented to significant individuals in his life, so you do see copies come up for sale from time to time.” 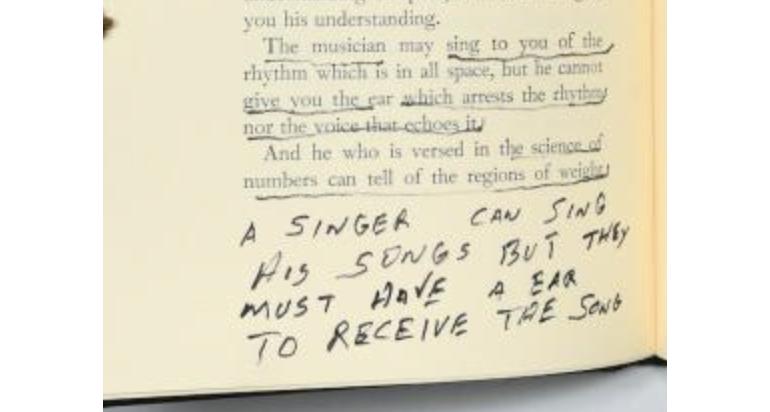 He further added, “It is a really wonderful association copy, extensively annotated and underlined by the King himself, and has a compelling personal connection to an individual who had a significant influence on Elvis’ personal fascination with the martial arts.”

According to Graceland Museum, Presley was a voracious reader who often brought many books on tour and enjoyed an eclectic array of topics from sports, American presidents, and religious texts, including the Bible and Zen Buddhism. The Prophet was apparently one of his favorites, and he was known to give out its annotated copies to friends routinely.

Elvis Presley’s exclusively annotated copy of The Prophet will be offered as part of Peter Harrington’s summer catalog for an estimated price of $26,670.

Tags from the story
Elvis-Presley