After years of being a popular and sought after Victoria’s Secret Angel, everyone’s favorite Project Runway host, Heidi Klum, is getting her own lingerie line. Bendon has made the 41 year old model, the face of Elle Macpherson Intimates, rebranding the line as Heidi Klum Intimates. Images from the brand’s new campaign reveal that Klum has still got it; she all but romances the camera, looking drop dead gorgeous from every angle. 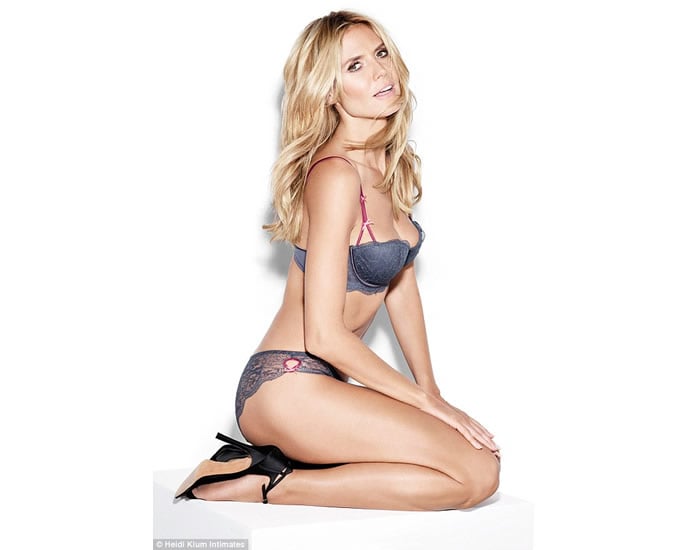 The campaign, shot by acclaimed photographer Rankin, features Klum in lingerie from Heidi Klum Intimates and Heidi by Heidi Klum (a more affordable sister brand). The blonde bombshell also appears with a male model in a campaign for her menswear label: Human. “It was so exciting to shoot the first ever Heidi Klum Intimates campaign with Rankin,” said Heidi, “I’ve always loved modelling lingerie and it was fun to get back in front of the camera wearing beautiful pieces.” She certainly makes the lingerie look good! 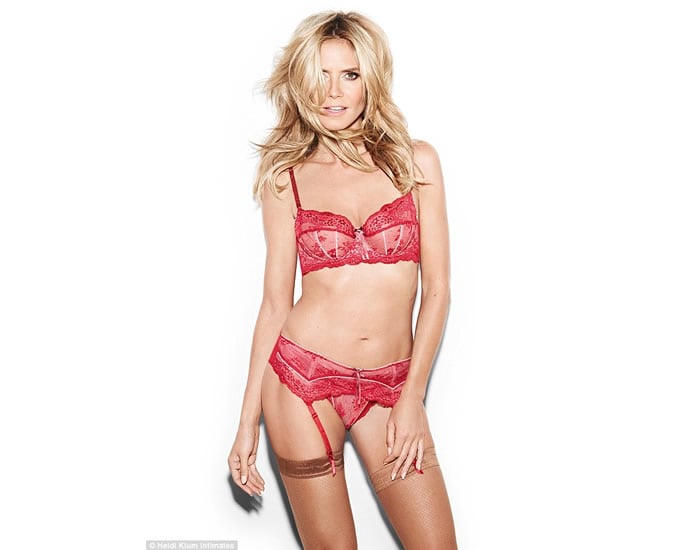 While we love that Klum is back in front of the camera, we’re shrugging at the actual lingerie designs because the red Sofia set that she flaunts in one of the campaign images is a little too reminiscent of Dentelle set that was always popular in Elle Macpherson Intimates. Someone please tell Bendon that a fresh face is not a replacement for fresh designs.

Tags from the story
Lingerie