If there’s one thing to be learned, it is that the citizens of the United States are never pleased with their high sums being spent on Christmas decorations at the White House. Well, after Trump was criticized for the $160,000 lighting fiasco in 2019, it is Biden who is at the receiving end this time around.

The US president has the country coming down on him for spending a whopping $139K on the White House Christmas tree lighting. In addition to the decorations, the tree lighting ceremony will add another $171,000 – all while the nation struggles to beat inflation. 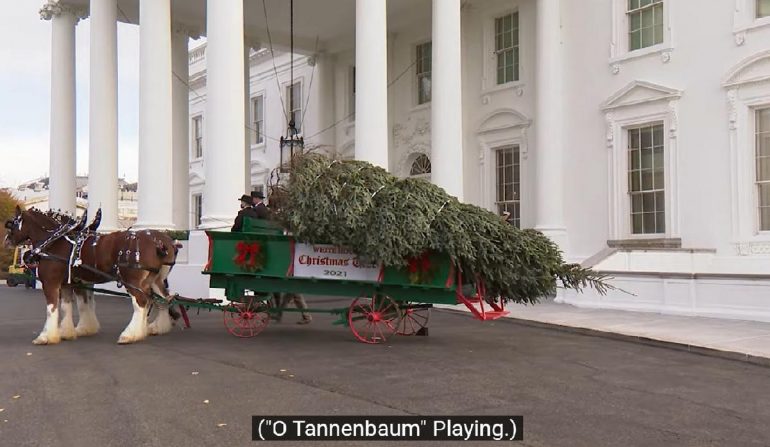 Taken aback by the expenses, a Twitter user named Gwenn wrote, ‘Your Tax dollars hard at work,’ while other comments read, ‘Easy to spend people’s money’ and ‘Money that could be helping those in need but go off.’ However, that’s not all when it comes to people’s fury.


Another Twitter user with the handle name @coolguy8623 noted that Biden was spending after the president urged the IRS to snoop around people’s payments and transfers of $600 or more through their bank accounts. He tweeted, ‘So lighting up a tree is more important than 3-4 people’s total yearly income, yet IRS needs to monitor regular working people’s bank accounts???’

The White House Christmas Tree – a Fraser Fir from Jefferson, North Carolina, was received by First Lady Jill Biden, her son Hunter, daughter-in-law Melissa Cohen and grandson Beau. It will be installed this week, with the theme for the event (as chosen by the first lady) yet to be revealed.

Although the White House festivities in 2020 were virtually conducted, the ceremony this time around is expected to be grand. And with that kind of money being spent on lighting, we’d hardly expect otherwise!

Tags from the story
Christmas, Joe-Biden